Perspective: SWAT Team Activation—When, Why, and How

SWAT Team Activation—When, Why, and How 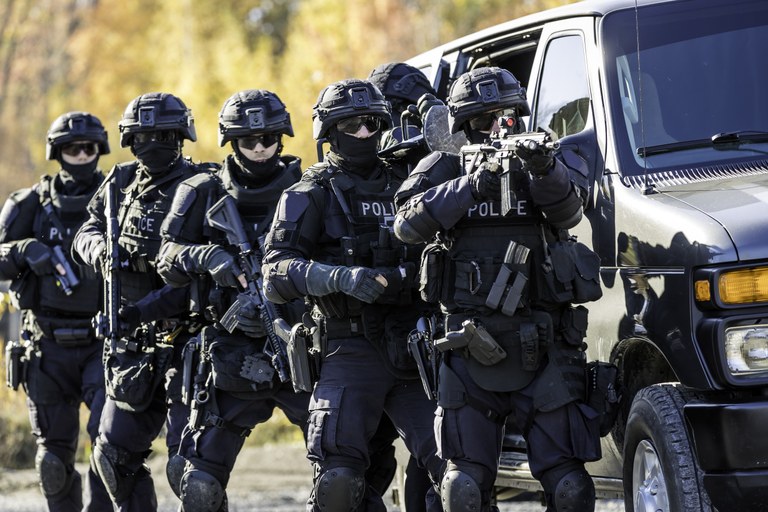 During the 1960s, law enforcement agencies in the United States experienced new and challenging responsibilities. Responding to events, like active shooters (namely, Charles Whitman in the 1966 University of Texas tower shooting) and the sniping of police officers during other nationwide incidents of civil unrest, proved overwhelming.1 The police never had anticipated, let alone trained for, such types of circumstances.

In response to these new phenomena, the Los Angeles, California, Police Department formed small teams of officers with prior military experience and supplied them with paramilitary equipment and weaponry. Their purpose was to resolve these highly dangerous situations more safely and effectively. Thus, the concept of SWAT was born.

During the 1970s and 1980s, police SWAT teams proliferated. Agencies large and small formed and equipped teams to respond to high-risk incidents, like those involving snipers, active shooters, hostage taking, and armed suspect apprehensions. A few SWAT teams were full-time, but most have comprised part-time members with collateral departmental assignments. 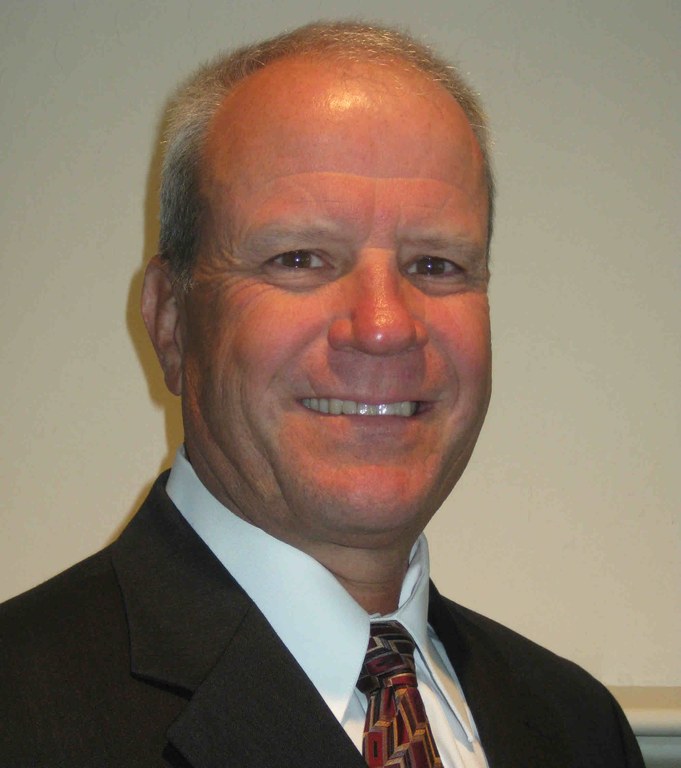 Mr. Connelly, a retired captain and SWAT commander from the Los Altos, California, Police Department, is a security and safety consultant.

As SWAT responsibilities expanded, departments needed to improve support for them as well. Training and budgets increased to adequately support the teams’ specific mission profiles—the types of events that they would be expected to address effectively. While some teams trained regularly, others rarely did so. Some were furnished with department-supplied equipment and weapons, while others used personal equipment and weapons. Many teams were trained by the military, retired military special operators, or the FBI. Others did their own training with internal resources.

Training was not always well-documented, nor was it designed to develop the teams’ competency in their identified mission profile competencies. Departments rarely incorporated perishable skills—except for firearms and risk management—into SWAT training. Additionally, SWAT team supervision and command roles were not well-defined. As a result, supervisors and managers were not always adequately prepared to coordinate SWAT deployments.

Today, SWAT training standards have evolved significantly. Many states have adopted minimum standards for selecting and training SWAT team members, not only at the operational level but also in the supervisory and command ranks. These standards serve to enhance teams’ capabilities and professionalism and to better manage risk.

Even with improved training, selection, and professional standards for SWAT teams, determining how and when to activate them can prove troublesome. Police supervisors and commanders may not be familiar with the SWAT team concept. They might not always have an adequate understanding of or confidence in the team’s function, capabilities, and limitations. Adding to the confusion, many law enforcement agencies have not developed SWAT deployment policies and protocols.

Because the decision to activate SWAT at the supervisory and command levels might be subjective, it is also potentially hazardous to the agency and the public. Without clearly developed deployment standards, the circumstances that one supervisor or commander considers reasonable justification for activating the SWAT team may not necessarily match those of another. This could lead to a decision to deploy SWAT when it is not reasonably necessary or, even worse, not to call on the team when the situation warrants deployment. Assigning other personnel or units to handle scenarios that they are not trained to resolve is extremely risky and in some cases irresponsible.

Some in the general population object to the proliferation of SWAT teams in American policing.2 They opine that SWAT teams are used too liberally and unnecessarily. In one instance, a law-abiding citizen was accidentally shot and killed while a SWAT team member guarded him during the service of a search warrant in his home. The victim’s grandson had been the subject of a relatively low-level narcotics sales investigation. There were no indicators that the warrant service was anything other than routine.3 One critic insisted:

Shocking as the details...were, nothing about a SWAT team armed with military equipment to execute a routine search warrant was uncommon.... Special Weapons and Tactics teams were originally designed for extraordinary situations like hostage-taking, but they have become disturbingly ordinary.... [P]olice find reasons to deploy SWAT teams for even the most mundane work.4

While such opinions may be extreme and polar, it holds true that SWAT teams sometimes are activated to perform relatively mundane tasks. This is not necessarily a bad thing unless something goes terribly wrong. Then, the fallout can be devastating.

Situations perceived to involve unreasonable use of SWAT resources can ruin a department when the outcomes turn tragic. Defending litigation that arises out of these incidents tends to be expensive and erodes the legitimacy of SWAT as a viable law enforcement resource. When problems occur, legislators and the courts often step in to fix the problem, sometimes without a clear understanding of the issue. However, the entire process when things go wrong is predictable and preventable.

Understanding that SWAT is a meaningful resource law enforcement agencies use to keep their personnel and communities safer, the decision regarding how and when to deploy teams should be as reasonable and objective as possible. Departments should consider adopting policies that will help supervisors, commanders, and administrators make logical and objective decisions relative to SWAT deployments.

These policies should include a structured and documented decision-making process. Police supervisors, commanders, and administrators also must have a basic understanding of their SWAT team’s specific mission capabilities and limitations. Armed with objective decision-making processes and an understanding of the team’s capabilities, commanders can make more reasonable and defensible decisions to activate SWAT.

The California Commission on Peace Officer Standards and Training (POST) has conducted exhaustive research on SWAT, including personnel selection protocols, training standards, and deployment decisions. Armed with its own research, POST found that “[t]he use of a standardized threat assessment process helps ensure that decisions to deploy SWAT are made using objective, defensible and clearly articulated criteria.”5

Using an assessment tool when considering whether to activate the SWAT team provides pertinent and unbiased data for decision makers to consider. While tactical teams are not required to adopt these guidelines, failure to do so could be viewed as irresponsible, indifferent, and not in the best interest of the general public. Each agency should adopt an assessment tool to address its unique needs and challenges, specifically considering the capabilities and limitations of SWAT. Assessment protocols provide a framework to navigate the intelligence and information collection processes and guide commanders in decision-making.

An assessment should include the gathering of information relative to the event, such as the location; the type of crime being investigated; any suspects and involved parties; known criminal history; any known weapons, threats of violence, explosives, or other hazardous materials; and any other information deemed important. As part of the assessment, decision makers also must determine whether the team has the training, skills, abilities, equipment, and resources necessary to resolve the situation safely and effectively.

Once the intelligence, event details, and other pertinent information have been gathered using the assessment tool, the appropriate decision makers (e.g., supervisors, tactical commanders, patrol or investigative commanders, administration) can choose properly whether to activate SWAT. Departments and command decision makers need to understand that it is never wise to deploy SWAT into a situation when members are not adequately trained, equipped, and supported.

“Once the intelligence, event details, and other pertinent information have been gathered using the assessment tool, the appropriate decision makers...can choose properly whether to activate SWAT.”

Additionally, when a situation justifies activation of SWAT but a team does not have the requisite response capabilities to resolve the incident effectively or safely, leaders must consider alternatives. Via a mutual aid agreement, it may be possible to engage another nearby SWAT team possessing the required training or equipment to supplement the team. Alternately, other departmental resources may be able to assist or, perhaps, act in place of SWAT. No matter the scenario, it is vital that supervisors and command personnel understand what other tactical resources and options are available to them before they need to consider them during an incident.

Another compelling reason for adopting an assessment policy is that other departmental units (e.g., patrol, warrants, detectives) would be obligated to complete the assessment process prior to any agency-initiated activities wherein immediate action is not a necessity, such as serving arrest and search warrants. Completing a structured intelligence gathering and assessment process prior to any agency-initiated activities better prepares individuals for potential hazards they might encounter during that operation—possibly even alerting them that the operation may require the skills and capabilities of the SWAT team.

Some assessment tools assign numerical values to event information based on the hazardous nature of the assessment data. For instance, intelligence suggests that an event will involve weapons, fortifications, multiple suspects, explosives, and other hazardous circumstances. This would have a higher numeric value than serving an arrest warrant for a property crime when the subject has no prior history of weapons, violence, or assaults.

Once the intelligence data is incorporated into the matrix and numeric values are applied, the total numerical outcome will give guidance on the decision to activate SWAT (i.e., a certain number of points requires activation of the SWAT team and a lower number indicates that the team is not needed). Assessment tools also should address the “gray area” when the numeric value does not necessarily require a SWAT response, yet is not a routine, low-risk operation. When the assessment ends up in the gray area, it is reasonable to require some level of consultation with a SWAT command officer before initiating the operation.

However a department intends to use and deploy its SWAT teams, the decision to activate should be based on a structured and objective information-gathering process with decision-making protocols formally incorporated into departmental policy. This helps ensure that the decision whether to use the SWAT team is objective, documented, defensible, and ultimately reasonable.

Mr. Connelly can be reached at tom@connellyconsulting.org.