Perspective: The Predator - When the Stalker is a Psychopath

The Predator: When the Stalker is a Psychopath 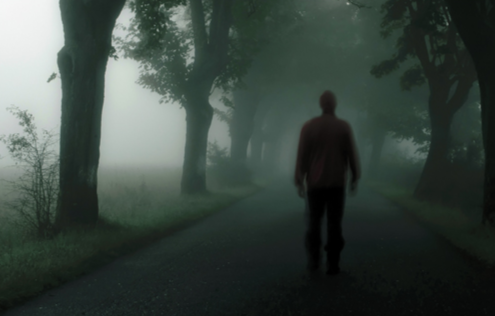 Samuel Brown was a top executive of a Fortune 500 company.1 Although he had a net worth of nearly $10 million, he was a family man with simple tastes and eschewed the trappings of power and wealth. Brown was a low-risk victim for violence. He resided with his wife in an affluent neighborhood where violent crime seemed nonexistent.

One morning, as was his custom, Brown dressed, left his home, tossed his briefcase into his car, and started the engine. As he walked to the end of his driveway to retrieve the morning paper, Anthony Lake jumped out of a nearby van and drew his gun. In the ensuing struggle, Lake fired his gun, wounding Brown, then shoved him into the van and drove away. Lake’s female accomplice, tasked to drive a second (getaway) car, left the scene at the same time.

Brown died a painful death just days after he was kidnapped. Yet, over the next several weeks, Lake and his accomplice victimized the Brown family with an elaborate extortion scheme. They made numerous phone calls and sent a number of detailed ransom notes to the victim’s family and employer, demanding $12 million for his safe release. Nearly 3 months following the abduction, Samuel Brown’s decomposed body was found in a shallow grave.

This case study examines the implications of psychopathy in crime scene analyses, specifically of stalking, threatening, and attendant assaultive behaviors. The study also illustrates specific crime scene behaviors that suggest an offender with psychopathic personality traits, as well as the implications of these traits for investigators. Psychopaths’ need for sensation seeking would be embedded in the design of their crime and emerge as a high-risk behavior.

Psychopaths’ stalking behaviors tend to be predatory or instrumental in nature. The victim is viewed more as a possession or target for control, retribution, or revenge, rather than as the object of a pathologically based fantasy, obsession, or infatuation.2 Further, psychopaths tend to become bored rather quickly and are thought to engage in short-term stalking with financial goals or those related to power and control.

Though most investigators are not qualified to conduct a formal clinical evaluation for the presence of psychopathy, even a few traits and behaviors inferred from the crime scene analysis may prove sufficient to generate a working hypothesis that the perpetrator of the crime is psychopathic. False positives concerning the potential presence of psychopathy during a stalking or threat investigation are unlikely to adversely affect the outcome of the investigation. However, failure to correctly interpret signs of psychopathic traits could significantly and negatively impact the outcome of a case, even to the extent of compromising the well-being of victims.

Lake spent a great deal of time, effort, and personal resources while planning his crime. He watched Brown’s house for months, recorded his routine, and carefully planned the kidnapping down to the smallest detail. Once he abducted Brown, Lake put him in a coffinlike box he already had constructed. Bound with ropes, blindfolded, and with his mouth covered with tape, Brown was kept in an unventilated room estimated to reach temperatures in excess of 100°F. Brown’s only sustenance was water, and his only pain relief for his gunshot wound was over-the-counter medication. Although Lake later insisted that he always intended to release Brown upon receipt of the ransom, his victim died a few days after the abduction.

The authors have not made a formal clinical diagnosis of Lake. Instead, they discuss specific crime scene and offender behaviors in terms of how they interpret them as characteristics of psychopathy.

Evidence from the crime indicated that the offender had surveilled Brown over a period of time to obtain information about his habits, lifestyle, and neighborhood. The victimology did not identify Lake’s abduction of Brown as reactive violence—an immediate reaction to some real or perceived threat he might have felt. Instead, the primary mode of violence appeared thoughtful, premeditated, and goal directed, therefore instrumental or predatory. Lake’s goal was to kidnap Brown, a high-value target, and extort his family and company for money. However, during the abduction, Brown was shot in the arm while struggling, a violent subact by Lake that appeared to have elements of both reactive and instrumental violence.

Selecting Brown as a high-value target offered Lake the possibility of a large financial payoff and media attention. However, executing such an abduction was high-risk for the kidnappers. Their plan was fraught with inherent difficulties in terms of realistically assessing how the victim would react and maintaining him over a period of time while avoiding detection and arrest.

Brown’s abduction occurred in daylight in front of his residence, located in an exclusive neighborhood with a low violent crime rate. Lake could not have prepared for all possible variables and scenarios that could interrupt his plan that morning, despite his prior surveillances. By selecting that place and time for the abduction, he put himself in the victim’s comfort zone and risked identification or apprehension.

“…failure to correctly interpret signs of psychopathic traits could significantly and negatively impact the outcome of a case....”

Completing this crime, obtaining the money, and evading capture and prosecution were unrealistic goals and grandiose in design. Kidnapping a high-value target certainly would trigger a quick and powerful response from the media and the law enforcement community, including the FBI. Lake probably was thrilled with this type of attention. Targeting a lesser known or less important individual would not have generated such a response and, as a result, likely would have been less exciting for him.

No Guilt and Callous Lack of Empathy

Brown lay tied up in a wooden box for several days after his kidnapping, entombed in a sweltering storage area and dying in his own waste of a gunshot wound. At the same time, news reports mentioned that he was a heart patient and relied on regular prescription medication. Brown did not have this medicine while in captivity, and Lake made no effort to obtain it for him. Lake’s treatment of the victim showed a significant lack of empathy and demonstrated the extent of the physical and emotional pain inflicted.

During the investigation, Brown’s wife made several emotional appeals through the media for her husband’s safe release. Despite these appeals and Brown’s death just days after his abduction, Lake continued the extortion for weeks. However, the tone and content of his demands changed subtly after Brown’s death. He no longer provided current evidence of Brown’s well-being, such as having him audiotape the headlines of the daily paper. Nonetheless, Lake continued his demands for money using his deceased victim as a pawn. In his demands, Lake maintained that he would release Brown safely once the money was paid. This callous and deceptive behavior showed little regard for the victim or the impact of the crime on Brown’s family or community, which was following the case closely.

Even after Brown’s death, Lake continued to submit directives to law enforcement and the victim’s family. The extortion notes he sent contained language that was controlling and devoid of emotion. Like a puppet master, he attempted to manipulate everything from a distance. Lake appeared to take particular pleasure in his efforts to deceive the FBI.

In the end, Lake was defeated by his own elaborate but unrealistic plan for law enforcement to deliver the ransom money. The authorities set up surveillance on him after a call he made from a pay phone. While arresting Lake, they found incriminating evidence in his car, including Brown’s home address and bags for holding the extortion money. Although Lake refused to cooperate with authorities, his female companion eventually led them to Brown’s body. Despite his callous treatment of Brown and his family, Lake portrayed himself to the authorities as a normal person driven to desperate measures because of circumstances beyond his control.

The case study is not a single offense that took place at one point in time. This crime involved stalking, abduction, assault, murder, and extortion, which occurred over an extended period of time. Lake demonstrated an ability to manage and sustain complex, layered criminal behaviors over a period of weeks. These behaviors suggested an offender who was adaptable and criminally versatile and who had a clear disregard for the rules of society and the rights of others.

Analysis of Lake’s behavior, paired with information from the crime scene, was enough to imply his psychopathic nature and suggest investigative strategies to move forward. For example, it was unlikely that Lake would respond to emotional appeals made by Brown’s family through the media for his safe release. More fruitful appeals would recognize and concede that Lake was in control and imply that meeting his demands was a priority for law enforcement. Concurrently, any direct or implied challenges to or offensive remarks about the offender from law enforcement could have resulted in an escalation of the crime.

Law enforcement officers cannot rely on psychopathic offenders to follow through on reached agreements. They likely will not have an emotional bond with the victim.3 Therefore, the possibility of harm to the victim will not diminish with time.4 Such offenders are mission oriented and probably will not abandon their crime, at least in the short run. Any suggestions they make regarding future acts that will be done to continue the crime should be taken seriously.

After apprehending an offender, authorities can devise interview strategies based on psychopathic characteristics. Interviewers can assume that the offender may attempt to manipulate and control the interview with a demeanor of arrogance and superiority. For this reason, selecting the right interviewer is important. The ideal candidate will remain unhindered by the offender’s antagonizing nature.

Open-ended questions might encourage offenders to do most of the talking. They likely will brag about the crime, berate the interviewer, and allege incompetence in the police investigation. However, offenders’ arrogance and sense of superiority may compel them to inadvertently provide information helpful to the investigation.

Investigators’ comments about the fate of victims or the impact of their death on the family likely will not be productive because of psychopathic offenders’ callousness and lack of empathy. Focus instead should be placed on complimenting offenders and their superior abilities to manipulate investigators, particularly the FBI, for such a long period of time. The interviewer also should devise strategies that appear to minimize the consequences of offenders’ actions.

Psychopathy is a personality disorder defined by a cluster of interpersonal, affective, lifestyle, and antisocial traits and behaviors that pose a serious problem for society. The behavioral repertoire of a psychopath includes charm, manipulation, intimidation, lack of empathy, excessive pride, and violence. Each of these is a tool investigators can use as the occasion demands. As evidenced in the case study, a psychopath can display a callous disregard for the rights of others and a high risk for a variety of predatory and aggressive behaviors. Clearly, these characteristics have strong implications for the strategies used by law enforcement and security professionals when they must deal with stalking, threats, and attacks directed at public figures, like the late Samuel Brown.

Dr. Smith, a retired special agent with the FBI’s Behavioral Science Unit, is a consultant on criminal and corporate psychopathy for intelligence- and security-related government and law enforcement agencies.

Dr. O’Toole has served with the FBI’s Behavioral Analysis Unit and is a private forensic behavioral consultant and an instructor at the FBI Academy.

Dr. Hare is a professor emeritus of psychology at the University of British Columbia, Vancouver, and a psychopathy researcher.

Robert D. Hare, Without Conscience: The Disturbing World of the Psychopaths Among Us (New York, NY: Guilford Press, 1999).

Michael Woodworth and Stephen Porter, “In Cold Blood: Characteristics of Criminal Homicides as a Function of Psychopathy,” Journal of Abnormal Psychology 111, no. 3 (2002): 436-445.