Perspective: To Protect and Serve - A Vision for Law Enforcement

To Protect and Serve: A Vision for Law Enforcement 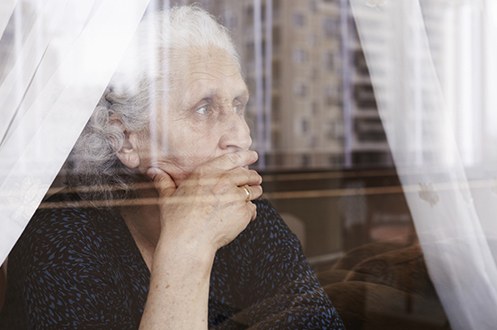 ﻿A common phrase that sums up the general mission of law enforcement agencies is “to protect and serve.” But, why do law enforcement officers protect and serve—working night shifts and holidays, missing family events, going to court when they could be sleeping or playing golf, and sometimes even sacrificing their lives for that mission? The answer to that question often is a single person.

Mrs. Doe, an 80-year-old widow, has lived in the same neighborhood for 50 years—raising a family on a quiet street, sharing life’s good times and bad with neighbors and friends, and enjoying the amenities of life in a suburban community. Typically, every Thursday Mrs. Doe goes out for lunch with friends, keeping decades’ old friendships alive.

One Thursday when Mrs. Doe returned home, her life changed. As she entered her home, she noticed that the doors on her china cabinet were open. She was getting a little forgetful, but this was unusual. When she walked into her bedroom, she realized that something was terribly wrong as the floor was littered with the contents of her chest of drawers. Her possessions had been flung all over the room. After she recovered from the shock of the moment, she realized that her jewelry—special pieces given to her by her late husband, her mother’s wedding ring, and her grandmother’s necklace—had been taken.

She called 911, and the police arrived shortly afterward to begin their report and investigation. As the process of compiling a list of stolen items began, one of the detectives heard Mrs. Doe tearfully say, “I can’t live here anymore.” Her once safe refuge from the world was now a crime scene. The detective realized this burglar had robbed her of much more than family heirlooms.

In addition to her belongings, the thief stole Mrs. Doe’s security and peace of mind. Like countless others across the nation, Mrs. Doe withdrew from her neighborhood and secured herself behind heavily locked doors and windows. Mrs. Doe will never go out again for a Thursday lunch with her friends. She believes she must keep herself and her property safe in her house-turned-fortress. Mrs. Doe no longer participates in community life. She has suffered a huge injustice.

Like many other citizens, Mrs. Doe is in need of justice to restore her formerly active and healthy role in the community. The Holman Bible Dictionary states, “Justice presupposes God’s intention for people to be in community. When people had become poor and weak with respect to the rest of the community, they were to be strengthened so that they could continue to be effective members of the community—living with them and beside them.”1

Like Mrs. Doe and many others, victims need to be restored to their role in the community. Perhaps this is one reason law enforcement officers choose to protect and serve.

Captain Hoelzer serves as city administrator in Town and Country, Missouri, and as an adjunct professor at Missouri Baptist University in St. Louis.

One police department in Missouri began exploring the concept of justice and its foundational role in its vision for the community it serves. After numerous conversations, several drafts, and more refinement, the vision statement developed with deep roots in the concept of justice and the plight of Mrs. Doe and others like her. The vision of the Town and Country Police Department is “a community where the citizens and general public are secure in their homes, schools, houses of worship, places of employment, and all public places; knowing that the Town and Country police serve without prejudice as guardians and agents of justice, in opposition to those who violate the law; while standing firm to restore order, safety, and peace of mind for those who are exploited and victimized.”2

Officers spend countless hours patrolling the same streets endlessly, monotonously, and diligently as soon as a potential crime series begins to emerge. They engage in traffic enforcement on congested interstates so that people can safely travel and engage in thousands of community and life activities. Highly vigilant police officers patrol volatile and violent urban centers, more like soldiers in enemy territory than civilian law enforcement, perhaps, saving one more mother from grieving at the senseless loss from another drive-by shooting or restoring security and peace of mind to a victim.

Like Mrs. Doe, victims are robbed of more than their possessions. Their sense of security and well-being are stolen, as well. These victims deserve justice, which is the vision that calls men and women, the blue line of defenders, from all across society to carry it out in countless acts of service and protection so that citizens can engage in and enjoy all that life and their communities have to offer.

For additional information, Captain Hoelzer may be contacted at HoelzerGA@town-and-country.org.

“Her once safe refuge from the world was now a crime scene.”