Understanding Each Other: New Perspectives on Traditional Community Policing Ideals 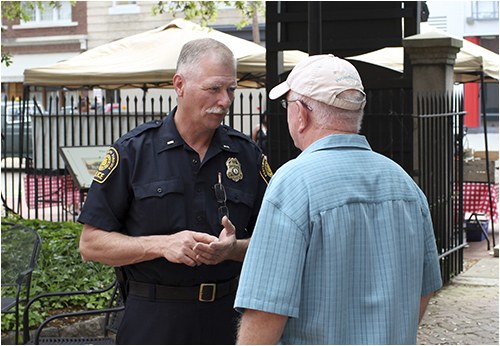 Law enforcement exists to reduce crime and maintain order. However, in addition to those sworn to protect the public, community members also have roles and responsibilities in achieving these goals. Over time these burdens have shifted to the few, instead of being shouldered by the many.

The shared desire for crime reduction and order maintenance cannot be fully realized without the cooperation of everyone in the truest sense of community. To this end, new perspectives can be gained from ideas that have existed for over 100 years.

In 18th century London, England, unpaid members of society commonly referred to as “constables” would police the local parish. A constable or layperson who pursued a wrongdoer would holler a “hue and cry,” summoning any able-bodied member of the community to assist in the apprehension. Community members were duty bound to respond to any call for help.

This system remained in place until 1829 when Sir Robert Peel established the London Metropolitan Police, consisting of 1,000 officers known as “bobbies.” This became the foundation for today’s police agencies, earning Peel the title of “father of modern policing.” In addition to founding this new police force, he codified a set of nine principles that he wanted his bobbies to operate by.

These Peelian principles highlight the importance of the community-police relationship. However, the seventh holds particular interest.

Police, at all times, should maintain a relationship with the public that gives reality to the historic tradition that the police are the public and the public are the police; the police being only members of the public who are paid to give full-time attention to duties which are incumbent on every citizen in the interests of community welfare and existence.1

The latter half of this principle suggests that the people who live, work, play, or serve in a neighborhood have an obligation to contribute in a reasonable way to that community’s goals regarding crime and disorder. In other words, they must do their part. While not enforced by law, this obligation suggests that civilians should accept responsibility for the consequences of their inaction.

The first half of the principle indicates that for members of the community to stand up and do their part, law enforcement must make sure civilians do not feel alone in doing so. The police are public servants. Although citizens’ position as tax-paying members of society does not provide them a license to dictate the actions of the police, it does establish their right to expect a reasonable level of service. 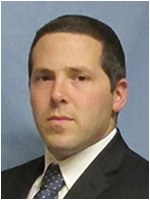 Detective Pearl serves with the Paterson, New Jersey, Police Department and is an instructor with the Bergen County Police Academy.

According to FBI data examining 9,894 cities, the 2013 national average ratio of full-time police officers to civilians was 2.2 per 1,000.2 Accounting for officers with inside assignments and those off duty, the number of on-duty law enforcement personnel challenged with policing a community is far fewer than that already low figure, illustrating that police and civilians must work together.

Similar symbiotic relationships exist in other areas of life. For example, people can eat well, exercise daily, and get enough sleep. However, they could wake up one morning realizing that a lingering minor cold has worsened. At some point they likely will seek a doctor’s help.

Most people know that they are primarily responsible for their own health. They do the best they can, but understand that at times they will need the help of someone with special training and skills to handle issues they cannot. Of course, reasonable persons realize that their health would deteriorate if they relied solely on a doctor. Similarly a dentist is not responsible for the rotting teeth of a patient who does not brush, nor is a cardiologist to blame because a patient’s eating habits have resulted in clogged arteries.

But, what if people lost trust in their physicians? What if doctors were difficult to reach when needed? What if they dismissed many concerns as menial and simply tended to “more important” patients? Their actions may have merit. Perhaps, they did have more crucial matters to tend to. However, patients would not care why they were neglected, only that they were treated as unimportant. Over time, if persons did not have their expectations met, strained relationships and a lack of trust would result. Most people would change physicians. After all, health is important, and placing it in the hands of unreliable professionals would be frustrating and troubling.

As with their bodies, people must learn to take ownership over their environment and the things they tolerate therein. Likewise, police must recognize the damaging effects of their actions or inactions on the citizens from whom they seek cooperation. Everyone must conduct themselves as both protectors and members of the community in which they live, work, play, or serve.

Criminal justice research has supported the positive correlation between public perception of law enforcement and order maintenance. “Procedural justice,” or the procedural fairness with which officers operate, is a key factor in citizens viewing the police as legitimate authority figures. This results in voluntary compliance with the law (even when no one is looking). Two of the key elements used by people to judge police legitimacy are neutrality and trustworthiness. Citizens who view their local police as unfair less likely will practice voluntary compliance.3

Perhaps, people have a supervisor at work whom they view as unfair and unreasonable. Over time they will lose respect for that person as an authority figure and, perhaps, the regard they once had for the organization. They might remain compliant enough to keep their jobs; however, with the decline of their respect comes the loss of incentive for them to follow the rules when they think they will not be caught. Hence, voluntary compliance is lost.

In a wider perspective, given the nation’s low officer-to-civilian ratio, if criminals believe that only the police are watching, they will consider the chances they will be caught as unlikely. But, what if an entire town is watching?

The police have important roles and responsibilities in achieving the cooperation of the public. However, the onus is not only on the police to buy into this concept of true cooperation. Members of the public also must remain fair and open in their willingness to accept officers as legitimate authority figures.

Although members of high-crime communities actually may have a lower tolerance for deviant behavior, they also less likely may express their disapproval of offenders’ crimes because of a “lack of support for authorities and their actions.”5 Citizens may not like kids shooting guns and dealing drugs on their block, but their lack of respect for law enforcement will make them reluctant to take any action that would align them with the police.

In turn, “[I]f the dislike of authorities and their actions prevents, as it often does, expressions of disapproval for offending, informal social control will not be exercised. Further, offenders may read that silence, or expressions of disapproval of authorities, as approval for them and their actions.”6 Therefore, a lack of respect for the police likely will result in citizens’ silence, and, ultimately, offenders will see their own behavior as acceptable.

Certainly, everyone’s perception of the police plays a role in voluntary compliance and informal social control, leading to the deterrence of crime. These concepts should guide the allocation of community resources.

While the work of individual community policing divisions around the country undoubtedly is valuable, the net needs to be widened. To that end, programs and training should be molded to appropriately address these matters and target diverse groups. Systematically targeting captive audiences, such as those in police academy and in-service training, schools, religious and community groups, correctional centers, and probation programs, can help promote understanding and tolerance among the law enforcement, civilian, and offender communities alike, thereby improving the police-community partnership.

Placing blame on any one person or group is pointless. Simply, these issues need fresh thought and discussion to lay groundwork for a new outlook toward the application of community policing. There needs to be a shift away from a time in which community policing officers, a trained minority, worked closely with specific members of the community. Rather, an era could begin in which everyone understands the importance of everyone working together. Officers and civilians alike should look through the eyes of the other to better understand their own roles and the obstacles facing the other group.

Detective Pearl can be contacted at pearl.cj@gmail.com.