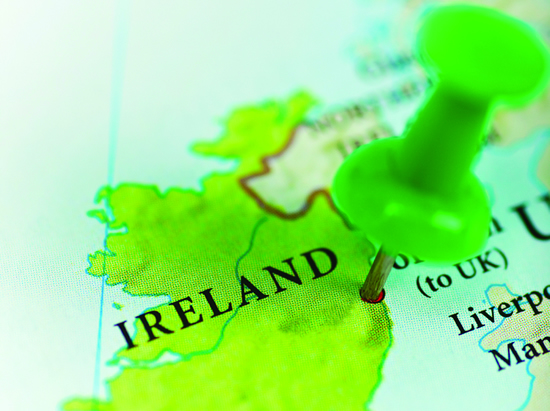 Over the past several hundred years, ongoing conflicts have occurred in Northern Ireland between members of the Catholic and Protestant communities. This feud, most recently known as “The Troubles,” has evolved from a local religious clash to an insurgency movement against Northern Ireland and British authorities. The Police Service of Northern Ireland worked closely with the British military to end escalating violence in the region. The relationship between these two bodies developed from the police supporting the military and vice versa. With the use of counterinsurgency tactics, the government of Northern Ireland worked with the Catholic community and members of the insurgency to compromise on dividing issues.1

Lessons learned from counterinsurgency efforts in Northern Ireland incorporate fundamental principles both universal to people across the globe and capable of cutting through cultural lines. Therefore, they could be applied to similar battles in Iraq and Afghanistan. The Northern Ireland authorities successfully phased out British conventional military to allow for police supremacy, creating a police force that the people of Northern Ireland perceived not only as legitimate but one that addressed grievances within the disgruntled community as well.

The struggle in Ireland dates back as far as 1691 when the British military defeated Irish General Patrick Sarsfield and continued to occupy Ireland. This loss was the last organized resistance to English rule in Ireland; the new opposition involved conflict waged without rules and by irregular methods.2 As Ireland remained under British rule for hundreds of years, the feud between the Protestants and the Catholics became extremely bitter. The Irish Catholics felt marginalized due to the closeness between the Protestants and the British government. Random acts of violence between Catholics and Protestants continued as the years passed. In May 1921, the Government of Ireland Act divided Ireland into the six predominantly Protestant counties of Ulster in the north and the remaining 26 primarily Catholic counties in the south. Northern Ireland was created as an “Irish Free State” with British dominion status, falling short of complete sovereignty.3

In the late 1960s, the tipping point of Catholic hostility emerged. Police harassment, exclusion from public service appointments, and the refusal of Catholic political representatives in parliament increased the community’s sense of alienation. From this impression of isolation originating from the government, including the Royal Ulster Constabulary (RUC), the Provisional Irish Republican Army (PIRA)—an offshoot of the Irish Republican Army (IRA)—organized itself into a paramilitary organization to defend the Catholic minority’s civil rights and to unite Ireland. Protestant and Catholic paramilitary groups clashed in the streets of Northern Ireland using terrorist tactics, killing hundreds of innocent victims. In response, the British military attempted to crack down on the militant groups by conducting house-to-house searches and establishing internment-holding facilities for potential PIRA members. These approaches caused the perceived pro-Protestant British military to lose more legitimacy, resulting in additional PIRA recruits. The cycle of violence continued throughout Ireland with shootings and then bombings in Belfast, Derry, Birmingham, and Dublin. The violence came to a dramatic pause after Protestants and members from the political arm of the IRA and the British government signed the 1998 Good Friday Agreement. This political ceasefire ended a majority of the paramilitary violence in Northern Ireland by adopting political concessions agreeable to all parties.4

From 1969 to 1998, approximately 3,251 deaths resulted from terrorist activity during The Troubles. An overwhelming number of those killed were civilians, including more than 50 children under 14 years of age. Over 30,000 people were injured or maimed.5 The British Army sustained a total 719 deaths from The Troubles in Northern Ireland during the same period. An analysis of the soldiers’ deaths illustrated the type of terrorist activity undertaken by the IRA/PIRA. While operating within a sympathetic locality, the IRA/PIRA could choose their targets and operate at an advantage over the British Army. This advantage could only be overcome with training and the cooperation of the RUC. Due to terrorist activity, 176 members of the British Army were considered murdered by the IRA/PIRA (24.4 percent of all fatalities). Many of these soldiers, part-time members of the Ulster Defence Regiment, were killed on their way to and from work. Casualties that resulted from direct operational contact with the enemy only accounted for 26.2 percent of the total. A majority of the British Army’s casualties were caused by bombs, land mines, and booby-trap devices.6

Police agencies and militaries have very different roles when dealing with insurgencies. Therefore, the two units must work together to better fulfill their joint mission. Based on experiences in Northern Ireland, British Royal Marine Colonel Mike Page stated that the military mission during the infancy of counterinsurgency events should involve stabilizing the area and preparing for the police, a civilian corps, to take a primary role in securing the community. As the violence within the community subsides and the police become ready to cope with the environment, a political process should be set in place to address the problems that originally stimulated the insurgency. While police strength evolves, the military should begin to play a supporting role. Toward the end of the counterinsurgency campaign, the military’s presence within the community must terminate or become almost nonexistent. Ensuring cooperation between the police and the military throughout the course of the counterinsurgency campaign and phasing out military operations as irregular warfare progresses into police-type incidents proves essential to developing a reasonable end state for the mission.

One of the main reasons The Troubles occurred in Northern Ireland involved the Catholic community’s perception of the police as illegitimate. The Good Friday Agreement in 1998 resulted in the organization of the Independent Commission on Policing, which sought to review the Police Service of Northern Ireland and make recommendations on how to improve the police force. After the analysis, the commission made 175 recommendations that would make police services more transparent, accountable, and representative of the Northern Ireland community. The Historical Enquiries Team, a policing group organized to reexamine all of the deaths that occurred as a result of the security situation in Northern Ireland between 1969 and 1998, attempted to bring closure to the families of those killed during The Troubles. A Human Rights Body was formed to review police training and policies, ensuring the preservation of human rights principles. To distance itself from the British (a major point of friction) and mirror the Northern Ireland populous, the RUC changed its name and reformed into the Police Service of Northern Ireland (PSNI) in 2001 and mandated that approximately 50 percent of the police force to include Catholics. These and other PSNI programs brought the battle-fatigued community and police services closer together, resulting in fewer acts of violence.

To address grievances and public complaints, the PSNI initiated internal police service programs, along with external groups, to guarantee unbiased and fair law enforcement. Programs started by the police entailed the adoption of a Policing Board of Northern Ireland and a District Policing Partnership. Although these programs review different policing issues, they oversee police actions. Further, the PSNI created the Ombudsman’s Office to review use-of-force issues and shooting incidents.7 One concern evaluated by the Ombudsman’s Office involved the use of an incapacitating spray during riot events to control crowds as a less lethal option in the use-of-force criterion. 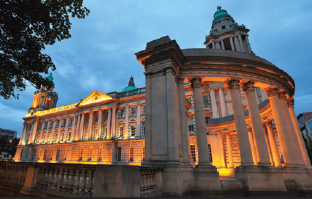 Religious groups in Iraq or Afghanistan model those of Northern Ireland. Each community has internal friction in which one or two parties feel marginalized. Citizens in every community in the world want not only a stable and secure place to live but to be treated fairly as well. Counterinsurgency efforts should follow the successful Northern Ireland example by phasing out the military’s presence as stability increases and establishing a legitimate civilian police service—one that is transparent, fair, and unbiased and addresses the community’s needs.

Special Agent Schoeman serves in the Leadership Development Unit at the DEA Academy.