The FBI Law Enforcement Bulletin staff strives to keep the magazine relevant and useful to readers. To this end, we feature, as an example of desired feedback, a brief summary of a recent letter that informed us how an article directly impacted a police investigation. The Winthrop Harbor, Illinois, Police Department had a suspect in custody for his involvement in the alleged murder of his mother. The department was nearing the end of the time that it could hold him and needed further evidence. Recalling the article “911 Homicide Calls and Statement Analysis” by Dr. Sue Adams (instructor and retired FBI special agent) and Lieutenant Tracy Harpster (Moraine, Ohio, Police Department) that appeared in the June 2008 issue, detectives contacted Lieutenant Harpster, who immediately provided in-depth analysis of the original 911 call. Not only did he corroborate some of the detective’s theories but also gave additional directions for questioning the suspect. Although this did not lead to a conviction, the department found the techniques described in the article helpful in its investigation. 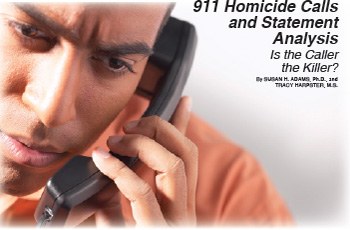