Chasing the Dragon: The Life of an Opiate Addict 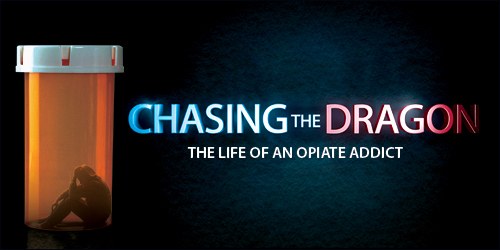 Every day in the United States, law enforcement agencies at the local, state, and federal levels—including the FBI and DEA—use investigative resources to target the supply side in the war against drugs. But, even with numerous law enforcement successes in this area, the demand for drugs continues. And, one of the more worrisome trends is a growing epidemic of prescription opiate and heroin abuse, especially among young people.

In an effort to help educate students and young adults about the dangers of opioid addiction, the FBI and DEA unveiled a documentary called Chasing the Dragon: The Life of an Opiate Addict at the Newseum in Washington, D.C., before an audience of educational leaders from the region. The 45-minute film, the title of which refers to the never-ending pursuit of the “original or ultimate high,” features stark first-person accounts told by individuals who have abused opioids or whose children have done so with tragic consequences.

“This film may be difficult to watch,” explains FBI Director James Comey, “but we hope it educates our students and young adults about the tragic consequences that come with abusing these drugs and that it will cause people to think twice before becoming its next victim.” And, according to Acting DEA Administrator Chuck Rosenberg, “The numbers are appalling—tens of thousands of Americans will die this year from drug-related deaths, and more than half of these deaths are from heroin and prescription opioid overdoses. I hope this [documentary] will be a wake-up call for folks.”

The individuals featured in the film chose to tell their stories to help stop others from going down the same destructive path.

Chasing the Dragon also features interviews with medical and law enforcement professionals discussing a variety of issues, including how quickly addiction can set in, how the increasing costs of prescription opioids can lead to the use of heroin as a less expensive alternative, the horrors of withdrawal, the ties between addiction and crime, and the fact that, contrary to popular belief, opiate abuse is prevalent in all segments of society.

The documentary is available in its entirety on YouTube at https://www.youtube.com/watch?v=p4B6DMM9Bqg. Additional related materials are available at https://www.fbi.gov/chasingthedragon. Copies also can be obtained by contacting your local FBI or DEA field office.