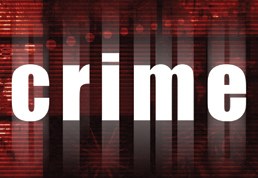 According to the FBI’s report Crime in the United States, 2010, the incidence of crime nationwide decreased again. Overall, the estimated volume of violent crimes in 2010 dropped 6 percent compared with the 2009 figure, the fourth consecutive year it has declined. For the eighth consecutive year, the volume of property crimes also went down—2.7 percent. Violent crime offenses decreased across the board; the largest drop was for robbery, down 10 percent. Property crime offenses went down, as well—the largest decline, 7.4 percent, was for motor vehicle thefts.

Crime in the United States, 2010, was compiled from data submitted by more than 18,000 city, county, university and college, state, tribal, and federal law enforcement agencies from around the nation. It contains information on the number of reported murders and nonnegligent manslaughters, forcible rapes, robberies, aggravated assaults, burglaries, larceny-thefts, motor vehicle thefts, and arsons. Highlights include the following: