Eleven-year-old Devarjaye “DJ” Daniel has bravely faced terminal brain and spine cancer since the age of 6, when he was initially given just months to live. Earlier this year, DJ did not let his ongoing battle deter him from embarking on a goal of being sworn into 100 law enforcement agencies. He has now surpassed that total over seven times.

On December 5, 2022, the FBI National Academy (NA) hosted DJ, as well as his dad and two brothers. DJ’s visit not only helped him further his objective but provided him with a full day of activities.

In the morning, DJ was driven along the Yellow Brick Road course, where he witnessed NA Session 284 students complete the grueling 6.1-mile challenge. He also received an honorary yellow brick that is awarded to each student when they finish the course. Later, DJ met with FBI Director Christopher Wray, who presented him with honorary special agent credentials. 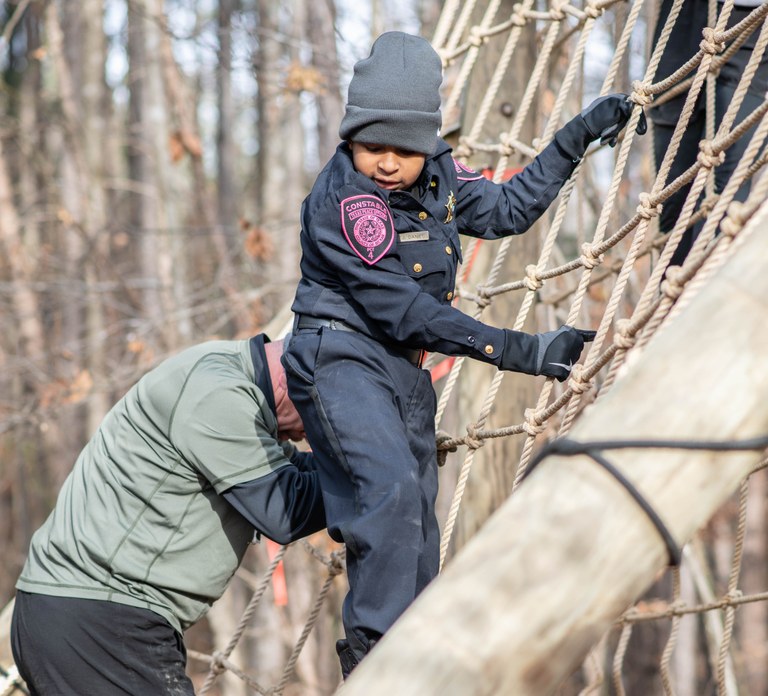 After lunch, DJ was honored at a swearing-in ceremony in the auditorium with NA students and FBI personnel. During the ceremony, DJ was sworn into 52 law enforcement agencies from across the United States and one from the United Kingdom — his first international agency. He was also named an official member of the session and received an honorary plaque. DJ told some of his favorite “dad” jokes and spoke of children close to him who have passed on. 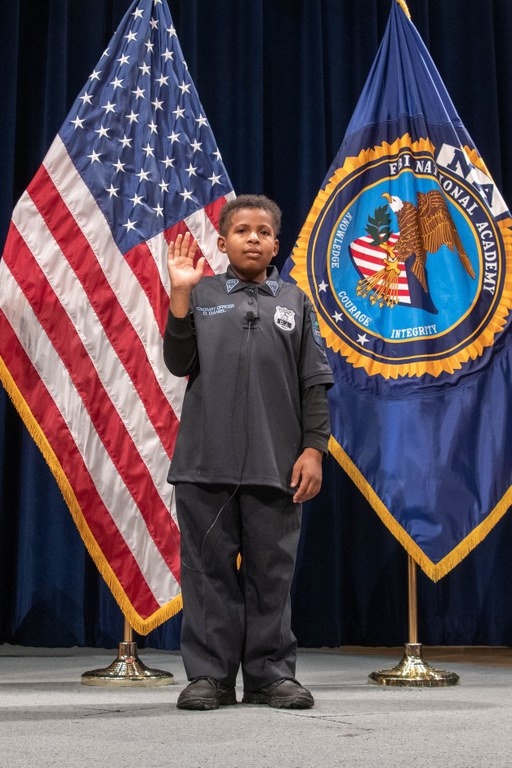 He capped his day off with a tour of the FBI Academy and a visit with the Hostage Rescue Team.

DJ’s mission is twofold: to increase awareness of childhood cancer and to honor the memory of his friend Abigail Arias, a 7-year-old who fought the disease and wanted to be sworn into as many law enforcement agencies as possible.