Photo from the Archives: Lad Meets the Law, November 1957

Photo from the Archives: Lad Meets the Law 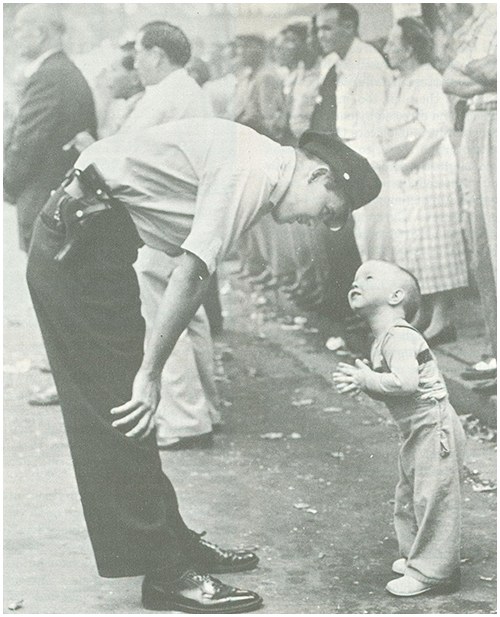 A young boy meets a friendly policeman. This photograph, depicting one glimpse of the daily duties of one police officer, portrays a moment in law enforcement and public relations. In simple trust and faith, the child needs no words to express his knowledge and feeling that here is a genuine friend. Mindful of duty and humble in authority, the officer recognizes the scope of his responsibility.

This excellent camera shot pictures Private M.J. Cullinane, Washington, D.C., Metropolitan Police Department, warning a 2-year-old boy of the dangers of the firecrackers being used during a civic celebration in the city on September 11, 1957. It was taken by Mr. Bill Beall, photographer of The Washington Daily News, Washington, D.C. One of the first of many commendations received by Mr. Beall was the congratulatory letter of FBI Director J. Edgar Hoover, who said that the picture is indeed “worthy of a prize.”