While vacationing in Rome, Italy, Richard T. Richards, a volunteer for the Chatham, New Jersey, Emergency Squad, captured on camera a three-member pickpocket team in action. As the girl on the far right distracts the victim by waving a piece of cloth and the girl in the center grabs the victim’s arm, the third girl, closest to the victim, reaches into his pocket from beneath a board she is holding. Ironically, later during the same trip, Richards also fell victim to pickpockets who stole his wallet and camera. 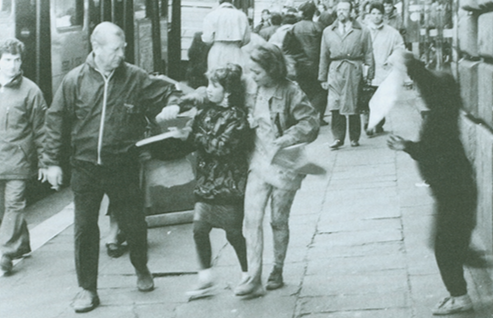