The Orange County Peace Officers’ Memorial opened in Santa Ana, California, in 1986. The monument originally honored 26 fallen officers, beginning with the first Orange County peace officer, killed in 1912. The location was never intended to be a permanent site for the memorial. So, in the late 1990s, the Orange County Sheriff’s Department (OCSD) began looking for a new spot.

In 2011 officials broke ground in Tustin, close to the Orange County Regional Training Academy, for construction of the new memorial. They stated that the move to Tustin was intended to provide more security for the monument and serve as a constant reminder to recruits at the academy.

Currently, the monument includes the names of 53 officers killed in the line of duty in Orange County. Annually, individuals from law enforcement agencies in Orange County gather at the memorial to take part in a candlelight ceremony to pay tribute to those who have made the ultimate sacrifice.

Peace officers and deputies from every organization participate by lining up next to the plaques of their fallen comrades, marking each one’s respective place within their agencies. As they fall out, the officers pause at the front row to salute family members of those personnel killed in the line of duty. In the 2016 closing ceremony, the OCSD’s chief senior chaplain stated, “We are all one family, the law enforcement family, please remember how much we love and need each other!” 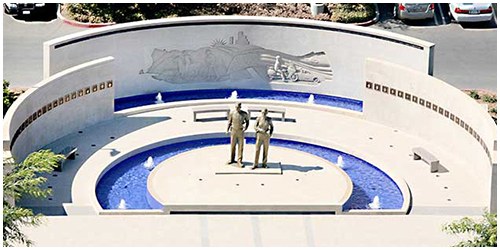 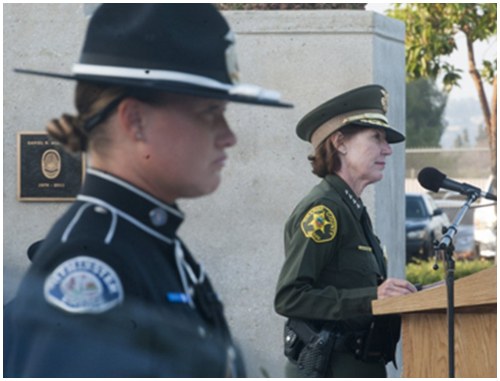 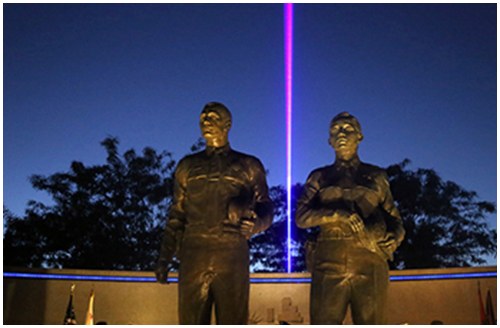