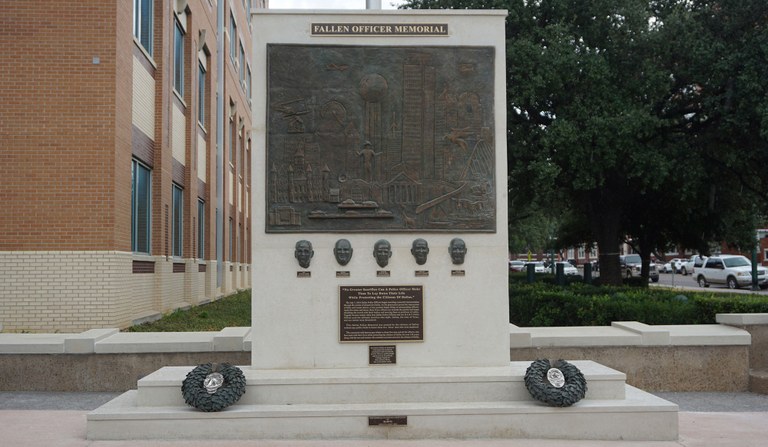 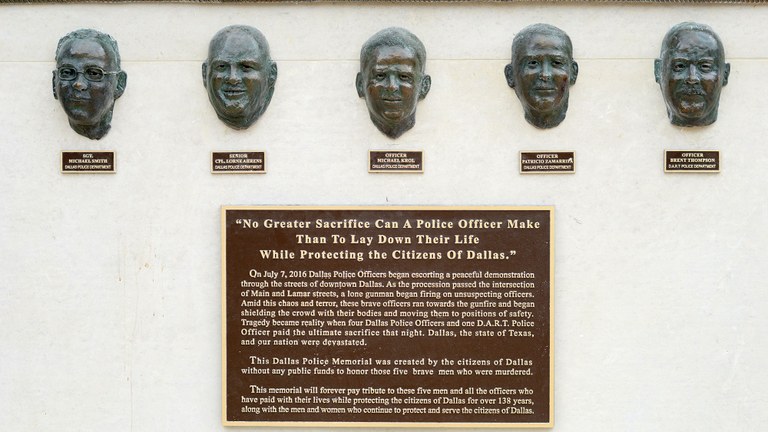 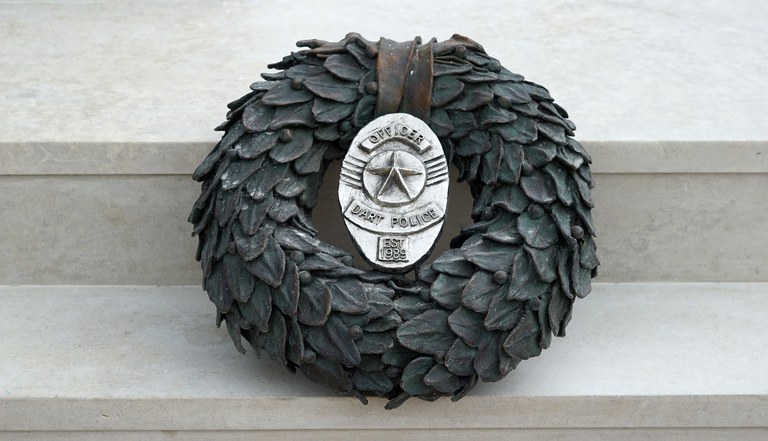 On July 7, 2016, police officers in Dallas, Texas, were escorting peaceful protestors through downtown streets when gunshots rang out, targeting officers. Many brave officers ran toward the gunfire to protect people in the crowd and get them to safety. Four Dallas Police Department officers and one Dallas Area Rapid Transit officer made the ultimate sacrifice during the tragedy that day.

Prominently placed in front of the Jack Evans Police Headquarters building and dedicated on July 8, 2019, the Fallen Officer Memorial is a striking tribute. Standing at 14 feet tall, it features the faces of the officers: Sergeant Michael Smith, Senior Corporal Lorne Ahrens, Officer Michael Krol, and Officer Patricio Zamarripa of the Dallas Police Department and Officer Brent Thompson of the Dallas Area Rapid Transit Police Department. It also displays landmarks of the city they served.

A local sculptor designed and created the monument. This memorial will be a permanent reminder of the fallen officers’ heroism and dedication to protect and serve the citizens of Dallas.