The Connecticut Law Enforcement Memorial was born out of a ceremony at the Groton Long Point Police Department in May 1985. The Groton Long Point chief was responsible for the first statewide law enforcement memorial service for officers, troopers, and federal agents who had lost their lives in the line of duty while serving in the state of Connecticut. A retired chief of the Ridgefield Police Department, who was president of the Connecticut Police Chiefs’ Association in 1985, was inspired by the ceremony and decided to take action to ensure that a permanent memorial would be erected. The plan was to build a memorial at the Connecticut Police Academy in Meriden so that it would remind recruits and veteran officers of the ultimate sacrifice made by many law enforcement personnel. In February 1986 the governor presented a Hartford architect with the first-place prize for design of the project. After 3 years the granite was ordered and construction began. At the time of the dedication in the fall of 1989, 107 officers, troopers, and federal agents had made the ultimate sacrifice while serving the citizens of Connecticut. Currently, 137 names are etched in the stone of the memorial. An eternal flame has been added with the words “Never Forget” engraved on its base. Efforts continue to ensure that these heroes are honored and never forgotten. 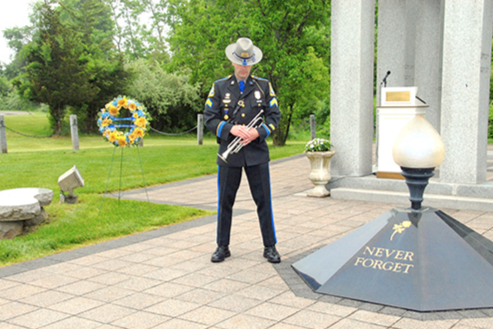 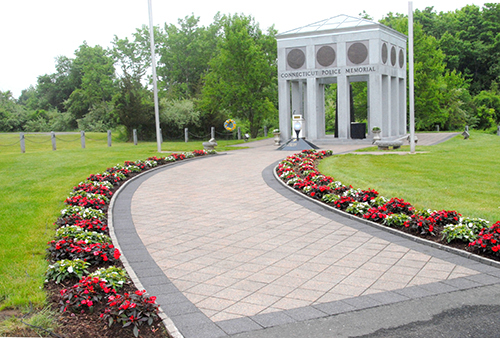 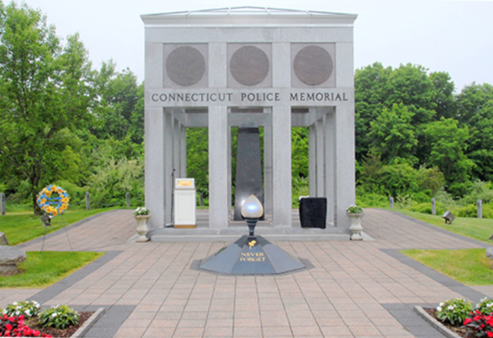