Dedicated on October 14, 2010, the Eagan, Minnesota Tribute and Memorial Plaza is located in the city’s central park. Life-size bronze statues of a patrol officer shielding a frightened little girl stand proudly in the public park. Nearby rests a granite memorial with the inscription, “Men and women dedicating themselves to law enforcement do so to protect us from tyranny, advocate on behalf of the rich and poor, and work tirelessly to seek justice for everyone. While confronting society’s dangers on our behalf, may they be shielded from harm, maintain their resolve in the face of adversity, and know their community is proud of them.” Flags of the United States, the Eagan Police Department, and the Eagan Fire Department fly overhead. Special events are held at the memorial on Memorial Day, Veterans Day, and Independence Day. The Eagan Lioness Club and Eagan American Legion partnered with the city to raise funds to erect the memorial plaza. 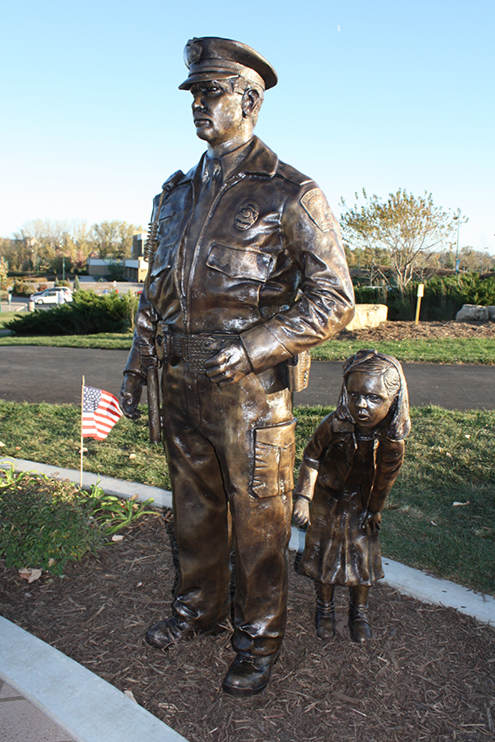 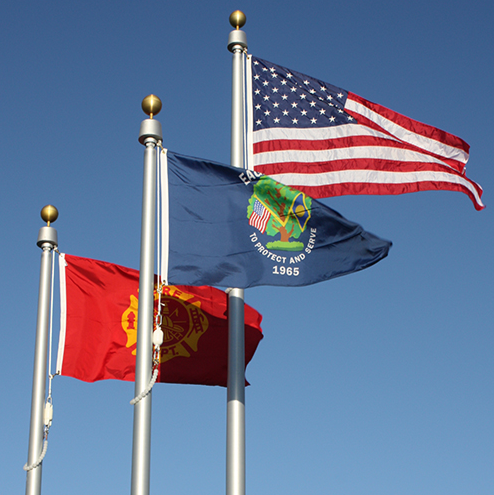 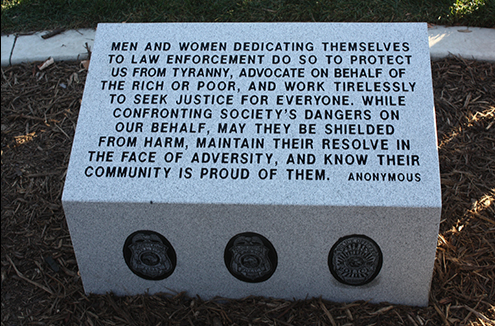