The Indian Country Law Enforcement Officers Memorial was dedicated on May 7, 1992, at the U.S. Indian Police Academy in Artesia, New Mexico.1 This monument honors heroes who gave their lives in the line of duty while working on federal Native American lands and in tribal communities. Names date back to 1852 and include Indian police personnel killed during the arrest of Sitting Bull in 1890, as well as more recent fallen officers.2

The site honors Native American traditions. The circle of life, broken in one location to allow for entrance and departure, encompasses it. Sage planted in all four directions sanctifies the location. Planter areas contain white, yellow, black, and red rocks to indicate that all persons represent brothers and sisters in the world. The earth-tone brown formation area signifies mother earth. Foliage is configured in a manner relating to Indian beliefs and customs.

Each year on the first Thursday in May, a formal ceremony consists of full law enforcement honors with a flag presentation, 21-gun salute, honor guard, traditional drum song and prayer, officer roll call, and recognition of families. Upon completion, the site remains sacred ground for all Indian nations.

The academy stands watch over the memorial. Each training week, cadets bear the distinct honor of paying tribute to officers on the monument by assembling for a moment of silence, rendering a salute, and filing past the memorial. They are instilled with the honor of service and affirmation of the significance of the profession. 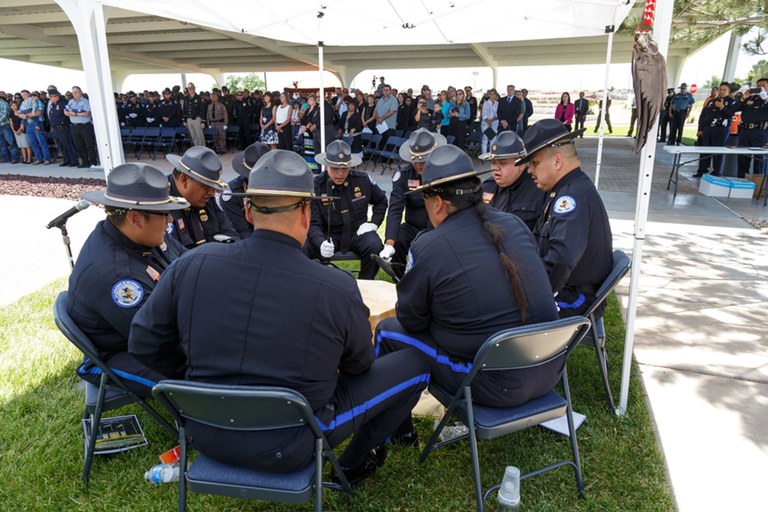 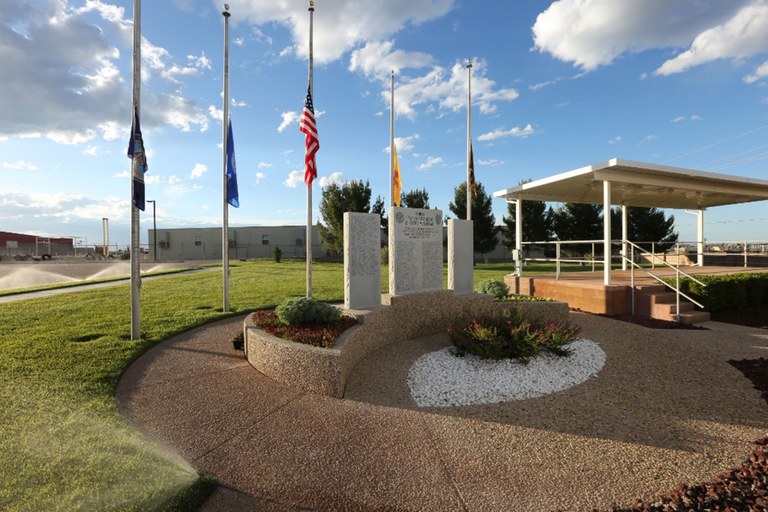 1 The U.S. Indian Police Academy operates as part of the U.S. Department of the Interior, Bureau of Indian Affairs, and is located at the Federal Law Enforcement Training Center in Artesia, New Mexico.
2 For additional information, see “Sitting Bull,” History, accessed March 22, 2018, https://www.history.com/topics/native-american-history/sitting-bull.