The Indiana State Police Memorial, located on the east side of Indianapolis, consists of three black granite tablets and an eternal flame. The names of those killed in the line of duty are inscribed on the two outer tablets, while images of three troopers are etched into the center stonework. These granite tablets stand as a tribute to the sacrifice made by the 46 Indiana State Police personnel whose names are engraved on them. The Remembrance Walk leads the way for visitors to the memorial. Hourly between 6:00 a.m. and 8:00 p.m., the sound of “Taps” echoes through a grove of trees surrounding the site. The American flag and Indiana state flag are respectfully and proudly flown high above. In addition to the monument, every Indiana State Police post throughout the state has a memorial stone inscribed with the following words:

As we that are left behind grow old they shall not grow old. Age shall not weary them nor the years condemn. At the going down of the sun and in the morning, WE SHALL REMEMBER THEM.

Adapted from “For the Fallen” by Robert Laurence Binyon, September 21, 1914 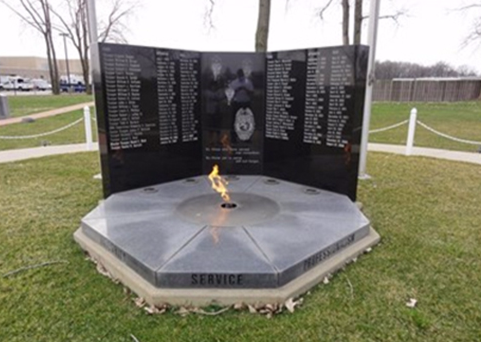 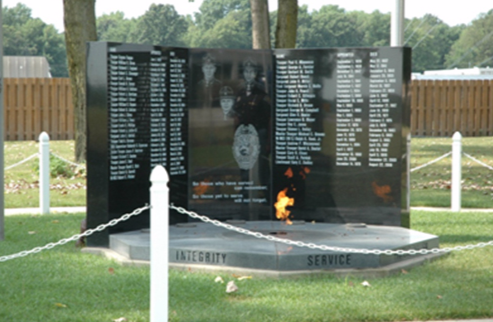 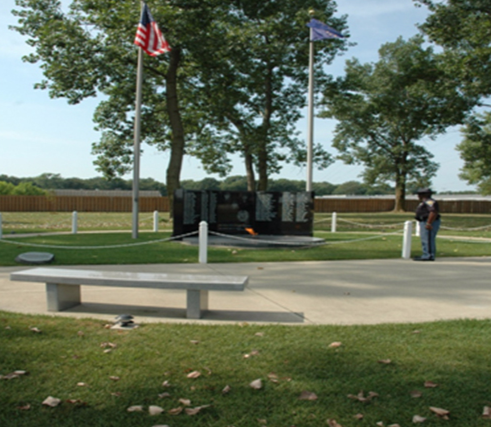