The Louisiana State Police Fallen Officers Memorial, “Soldiers of the Law,” is prominently located on the grounds of the agency’s headquarters in Baton Rouge. The memorial was dedicated in October 1996 at its former headquarters site and moved to the current location in December 2002. It stands as a tribute to 29 state troopers who gave their lives from the department’s inception in 1922 to the present while protecting the people of Louisiana.

The memorial features bronze nameplates, each bearing the name of a fallen officer, affixed to concrete pillars that surround a fountain. A bronze statue of a badge symbolizing the memory of each officer killed in the line of duty stands at the center. The officers depicted on the statue represent three eras of state police, from the 1930s to the present. There are no names or faces as the figures represent any officer. Parallel lines supporting the badge symbolize the straight lines of justice. Also adorning the badge are magnolia leaves, symbolic of the state flower and reminiscent of the Greeks who used olive branches as a symbol of victory. This monument stands as a reminder of those who have given the ultimate sacrifice.

Each year a memorial service is held at the Louisiana State Police Headquarters to honor the fallen. The ceremony is conducted during the month of May in conjunction with the National Police Memorial observance in Washington, D.C. 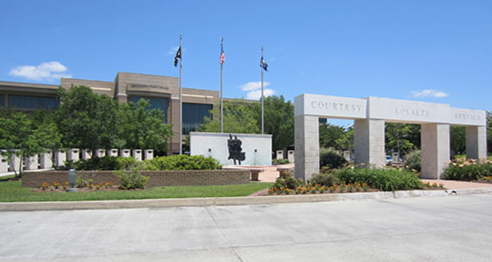 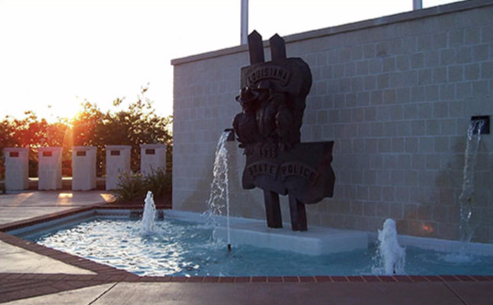 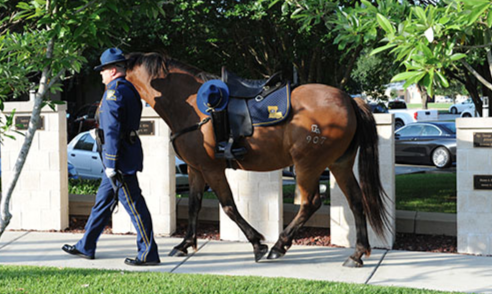