Many fallen officers from Missoula, Montana, had parks named in memory of them; however, plans to name a park for Police Officer Steve LePiane never came to fruition. In 1998 the search began to find a location for a plaque honoring Officer LePiane. Instead of a plaque, the local monument company developed a design for a $70,000 monument with a feature stone that was over 6-feet tall. Two local architects pushed the project forward, and their company did the work pro bono. A local Boy Scout offered to do all the landscaping for his Eagle Scout project and brought troop members and their families in to help. Working closely with the landscape architect, the young man made sure everything was completed exactly as it was designed. He collected donations of shrubs, trees, and flowers and helped lay out the pavers. The Missoula Law Enforcement Memorial was unveiled on July 22, 2000. This memorial is a lasting tribute to the sacrifices made by Missoula fallen officers and their families. It also is a lasting tribute to every member of law enforcement who puts on the uniform every day and to the families who support them. 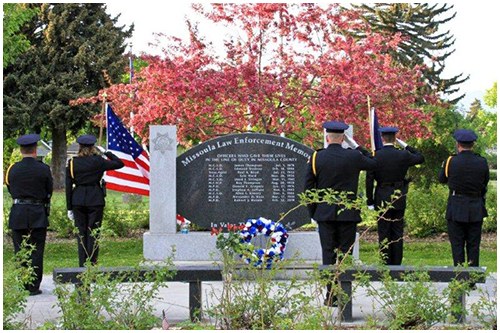 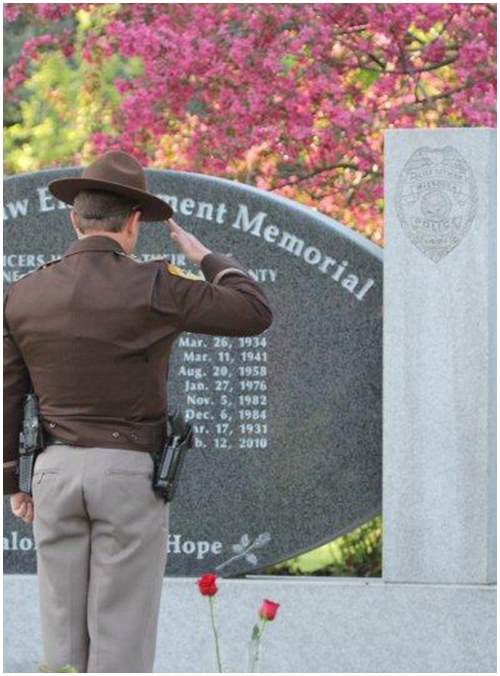