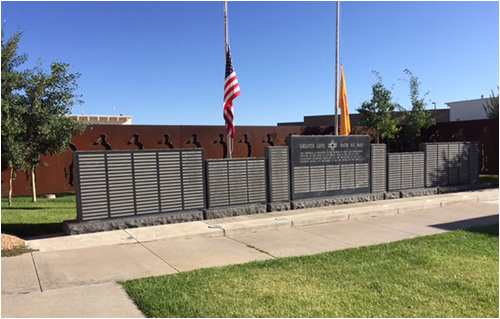 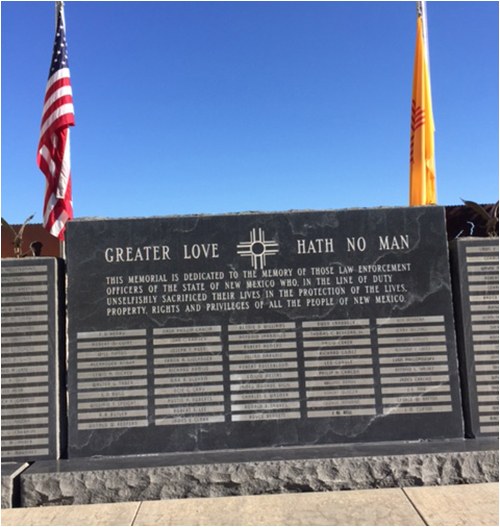 The New Mexico Law Enforcement Memorial sits in a beautiful courtyard on the grounds of the state law enforcement academy. Steel cut-out silhouettes of 28 officers guard and salute the monument’s wall, which features the names of personnel—currently 204—lost in the line of duty. United States and New Mexico flags fly at half-staff.

The state has a rich past, and the memorial wall reflects that history. Engraved names date back to when New Mexico became a territory of the United States in 1846. They include officers murdered by Billy the Kid and his gang, as well as the officer who killed the famous gangster. Also featured is the only FBI agent—shot and killed outside of Gallup in 1937—ever lost in New Mexico.

Near the end of May each year, the state honors its fallen heroes with a ceremony. During these events, the names of officers lost in the line of duty in the previous calendar year are added to the wall. 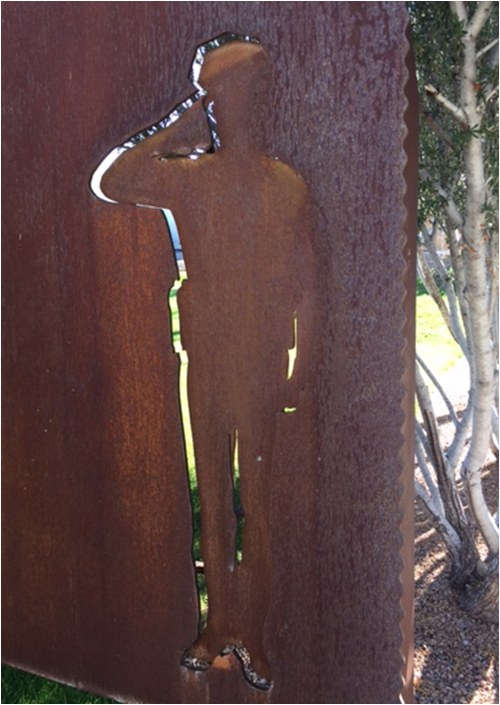