On October 13, 2012, the St. Petersburg, Florida, Police Department Memorial was dedicated during a public ceremony. This monument honoring fallen officers took several years to plan. After the line-of-duty deaths of three of the department’s officers, within a month period in early 2011, a heightened sense of urgency took over, and the memorial was completed. It features the silhouette of a uniformed police officer and prominently displays the names of St. Petersburg’s fifteen officers, including one police chief, killed in the line of duty. The monument is situated in a park along the city’s waterfront, where it provides a place of beauty and solitude for the public to reflect on the service and sacrifice of these officers. It serves as a reminder of the commitment and dedication of these brave individuals. 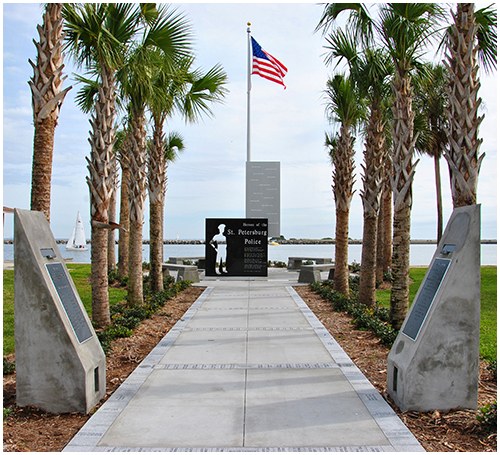 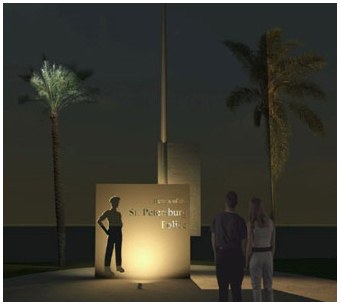