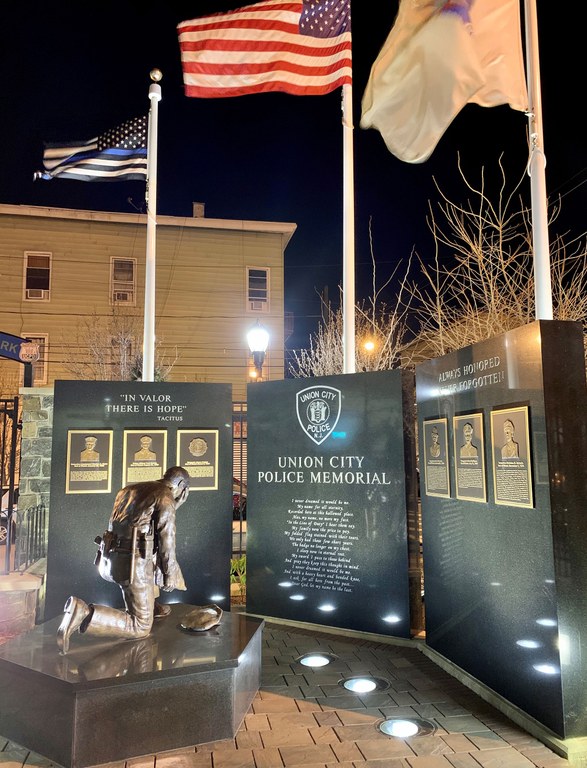 On May 5, 2016, Union City, New Jersey, and the Union City Police Department dedicated a police memorial park to honor and remember six heroes who made the ultimate sacrifice. Mayor Brian P. Stack authorized the building of this park in 2015.

The main section of the memorial consists of three 12-foot black marble walls. The right and left walls display bronze plaques with images of each officer and how they perished in the line of duty. Etched on the center wall is the Union City Police patch, along with a poem, “I never dreamed it would be me.

Completing the scene is a concrete monument topped with an eternal flame. The light inside is continuously lit and never goes out. The names of police officers that died while serving as active members of the police department are etched on the monument, along with a blue police shield. 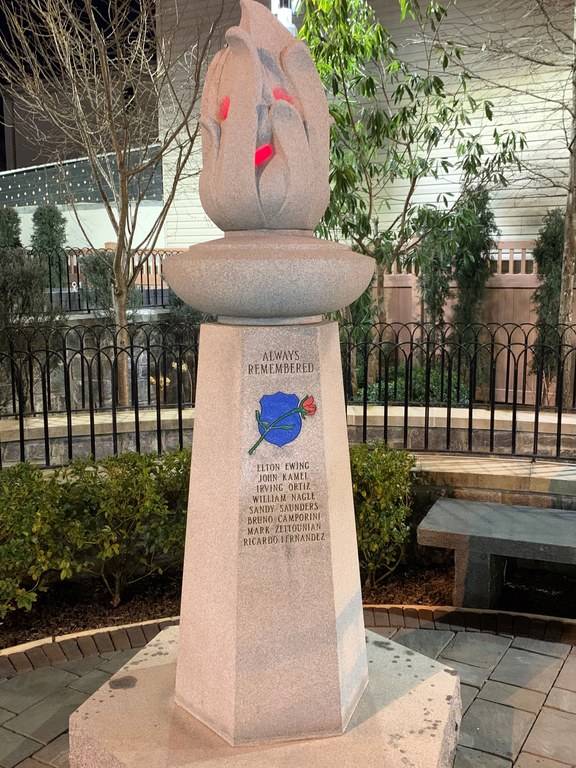