One evening, New York State Police Trooper Francis Rush responded to a report of a 22-year-old man that had driven his vehicle into a pond.

First on the scene, Trooper Rush found the car fully submerged in 15 feet of water with the driver still inside. The trooper immediately dove into the pond with a rescue rope and swam to the vehicle. Despite his and a good Samaritan’s attempts to get into the car, it was the water pressure that forced the sunroof open, releasing the victim from the vehicle’s cabin.

Trooper Rush pulled the unconscious man to shore, where he was revived and medically treated before being transported to a local hospital for evaluation. Rescue divers thoroughly searched the area and determined no other people had been in the vehicle at the time of the incident. An ensuing investigation determined that the victim had inadvertently driven into the pond after suffering a medical emergency. 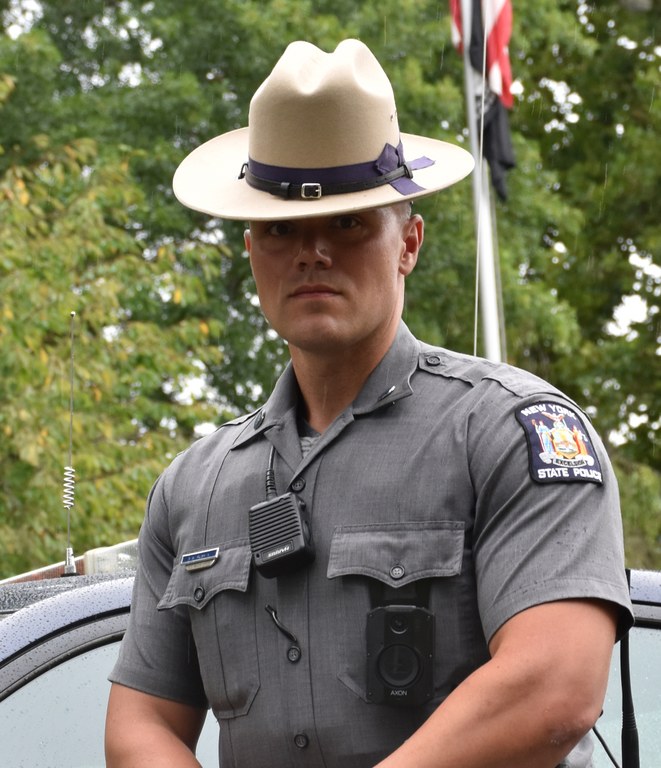