Early one morning, Sergeant Scott Brooks of the Montgomery County, Maryland, Department of Police was off-duty and on his way to work when he observed heavy smoke coming from a nearby neighborhood. Sergeant Brooks then located a single-family home fully engulfed in flames and smoke. Alone with no fire rescue personnel on scene, he reported his location and the fire. As he approached the house, Sergeant Brooks noticed handicap equipment out front and a vehicle in the driveway. He attempted to open the front door, but found it locked.

Sergeant Brooks concluded that the homeowners were still inside and needed rescue. He kicked open the front door and found an elderly female resident. He quickly pulled her outside to safety, but she shouted that her husband remained inside. Despite the intense flames and heavy smoke billowing out, Sergeant Brooks went back into the house to find him.

Confronted with intense heat, smoke, and limited visibility, the officer had to go in and out of the home several times because of the conditions. Crouching down low, he located the resident, who was disabled and had fallen about 15 feet inside the doorway. Sergeant Brooks reached the man, grabbed one of his legs, and helped him out of the house. An off-duty fire rescue lieutenant arrived and assisted Sergeant Brooks with escorting the residents to safety. Thanks to Sergeant Brooks’ heroic efforts, the homeowners and responders escaped without injury. 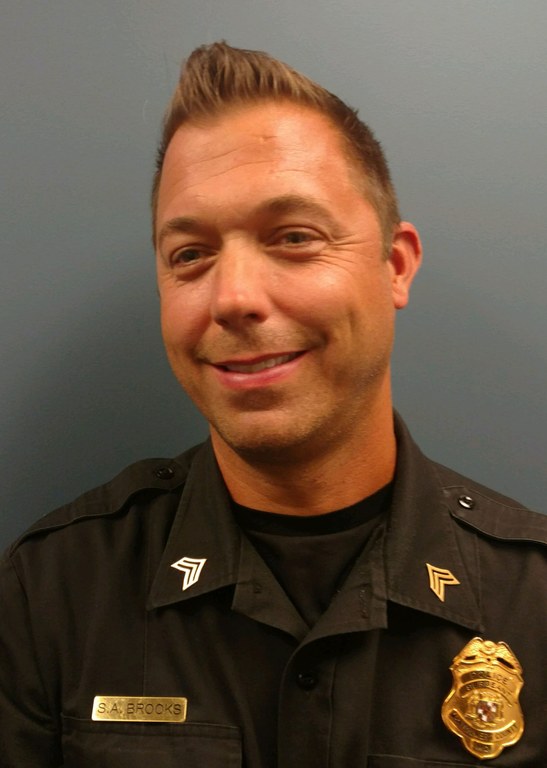