One night around 1:00 a.m., officers from the Cleveland Heights, Ohio, Police Department responded to a report of a fire in a house with a small boy inside. Officer Joshua Robertson was one of the first officers to arrive on the scene. The house was engulfed with heavy smoke, and several children and adults with visible injuries were outside. A woman on the front porch who could not stand up told officers that there was a baby just inside the house that she could not get out.

Without hesitation, Officer Robertson got on his hands and knees and crawled inside the home. He could not see anything, but he could hear a crying child. The officer followed the sound and located the boy just inside the front room. He quickly grabbed the child and pulled him out to the front porch, saving his life.

Officer Robertson and other officers moved the 6-year-old boy to a safer location, where they remained with him until emergency medical services arrived. 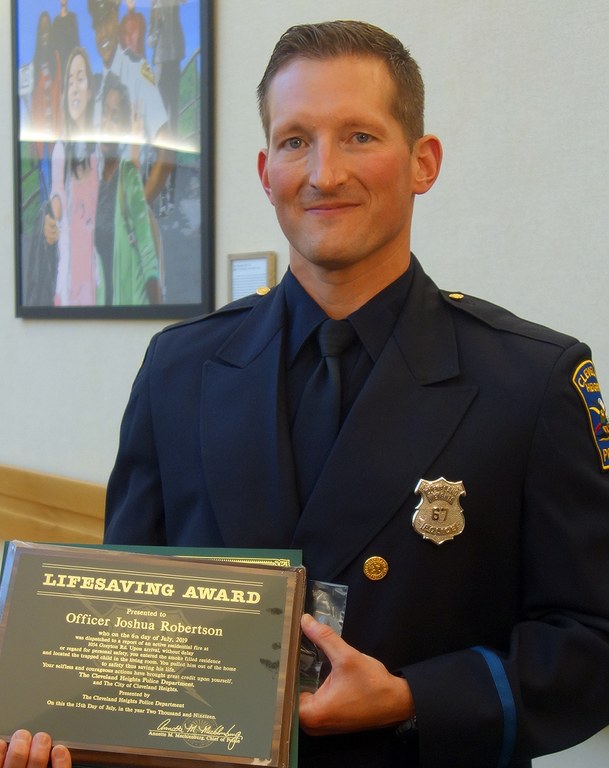