Officers Joseph Dennemann, Adrian Martin, and Thomas Henthorn of the Zionsville, Indiana, Police Department responded to a report of a drowning child at a residence. Upon arrival, Officer Dennemann located a woman holding an unconscious and unresponsive young girl near the pool. The woman advised the officers that she found the child at the bottom of the deep end and that she was unsure how long the child had been under water. Immediately, Officer Dennemann began performing CPR with the aid of Officer Martin. The child began expelling large amounts of water and fluid from her mouth. Officer Henthorn helped the family and other children, while Officers Dennemann and Martin continued first aid until paramedics arrived, at which time the child began regaining consciousness. The young girl made a full recovery. 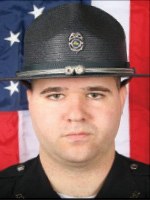 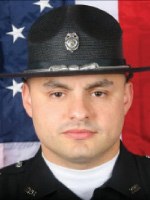 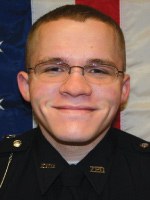 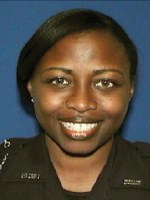 Sergeant Ophee Hinton of the Fulton County, Georgia, Marshal’s Department noticed black smoke coming out of the side window of a home. Immediately, she requested assistance from the fire department. Sergeant Hinton then went to the front door and began knocking. A woman responded to the door and stated that she was unaware of the smoke and that other residents possibly could be inside. After advising her to leave, Sergeant Hinton began knocking on other doors down the hall and found one other woman inside. Sergeant Hinton ensured that both residents were outside at a safe distance from the home.