One afternoon, Sergeant Daniel Cox of the Alaska State Troopers was dispatched to the location of an individual who had an active warrant for his arrest. Trooper Bruce Brueggeman also heard the call for service and responded, arriving before Sergeant Cox. He tried to approach the subject, but a chase ensued until the man turned, shot the trooper in the arm multiple times, and ran away.

Sergeant Cox arrived on scene shortly after and ran over to help Trooper Brueggeman. The sergeant gave the tourniquet he always carries to a bystander and explained how to place it on the trooper’s arm. Meanwhile, he radioed for emergency medical personnel, supplied details on how they could arrive safely, and gave updates on Trooper Brueggemann’s condition. The trooper was transported to the hospital and eventually airlifted to a trauma center.

The subject was apprehended after an all-night manhunt. During the search, Sergeant Cox supplied knowledge of the local area to over 70 law enforcement officers who participated.

The following day, an emergency room doctor informed the Alaska State Troopers that had a tourniquet not been placed on Trooper Brueggemann’s arm, he would have succumbed to his injuries. 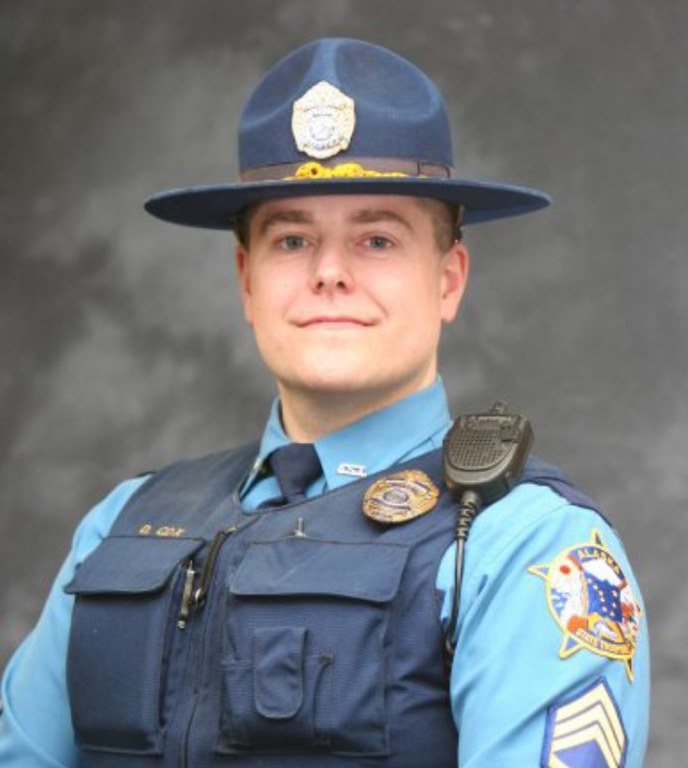