Officer Nathan Ferbert of the Middleborough, Massachusetts, Police Department was dispatched following a report of youths gathered on a rural street shortly after midnight. Upon arriving, he witnessed a vehicle leaving the scene and discovered that one of the youths present had sustained a fatal stab wound. The suspected assailant departed in the vehicle observed by Officer Ferbert. As Officer Bradley Savage arrived and rendered aid to the victim, Officer Ferbert pursued the suspect’s vehicle. Within minutes, he conducted a motor vehicle stop and, disregarding his own safety while alone, apprehended the suspect and recovered the weapon involved in the stabbing. The suspect later would be charged with second-degree murder. 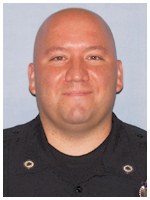 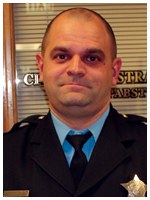 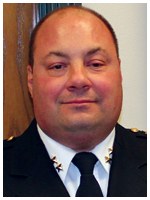 Officer Jim Tadrowski and Division Commander Mike Cimaglia of the Berwyn, Illinois, Police Department responded to an emergency call reporting smoke coming from a local home. Upon arriving, Officer Tadrowski verified the home was on fire and attempted to make contact with any residents inside. Receiving no answer, he forced his way into the home and heard a man yelling for help. He found the male resident collapsed in the kitchen and, with the assistance of Division Commander Cimaglia, carried the individual from the flame-engulfed residence to the backyard area. Berwyn Fire Department paramedics soon arrived on the scene and administered emergency medical aid to the unconscious resident, subsequently transporting him to a local hospital for treatment of substantial burns to his upper body.