One evening, the Atlantic City, New Jersey, Police Department (ACPD) received information about a man on a bridge threatening to commit suicide. Officers drove around looking for him, determining he was on top of a parking garage after they obtained a photograph he sent to his family.

Officer Eric Knuttel, a member of the department’s crisis negotiation team, located the man sitting on a ledge at the top of the garage. Officer Knuttel engaged him in conversation, attempting to convince the distraught man to step down from the ledge. After the officer spoke to him for 10 minutes, the man became extremely agitated, stood up, walked toward the ledge and yelled out. Officer Knuttel believed that he was going to jump and ran toward him, securing his leg. Officers rushed in, pulling both Officer Knuttel and the man from the ledge.

“I am extremely proud of the bravery and compassion shown by Officer Knuttel and the other officers for this man who was in severe emotional distress. Their actions are indicative of the work routinely done by members of this police department,” said an interim officer in charge of the ACPD. “For years, the ACPD has taken a proactive approach when it comes to the mental health of our residents and visitors by partnering with social service organizations and providing training to our officers.” 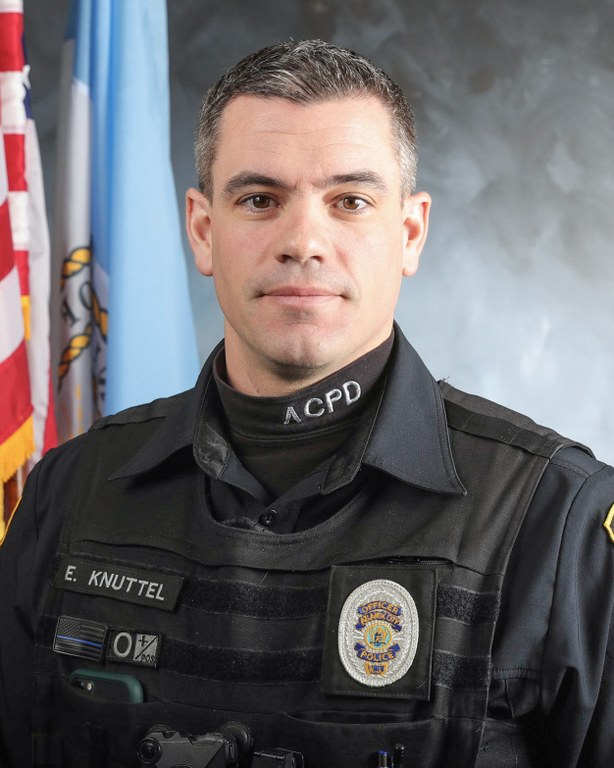