One early morning, deputies from the Orange County, Florida, Sheriff’s Office responded to a call about an apartment building fire.

Upon arrival, the deputies observed flames engulfing a stairwell, thick smoke pouring out of one apartment, and six individuals trapped on a third-floor balcony. They ran into the building and down hallways, knocking on every door to wake up multiple families so they could escape. Meanwhile, the fire department arrived and began suppressing the fire and rescuing trapped victims.

On the opposite side of the building, Deputy William Puzynski heard someone from the third-floor balcony yelling, "I got a baby," and a screaming child. Determined to save the child, Deputy Puzynski removed his ballistic vest and climbed the apartment balconies. He stood on top of the second-floor balcony railing and talked the mother into lowering her 2-year-old down to him. She cautiously handed her daughter to Deputy Puzynski, who then climbed off the railing and lowered the toddler to receiving deputies on the ground. Firefighters subsequently rescued the child's mother and grandmother.

Deputy Puzynski disregarded concerns for his own life and safety to save a child's life. Due to the heroic actions of the responding deputies and firefighters, all apartment residents were safely evacuated. 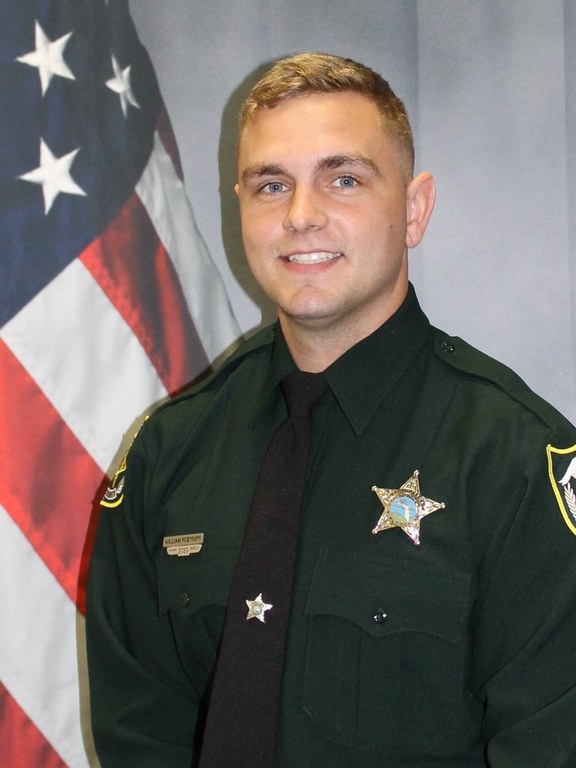