One night at approximately 3:00 a.m., Sergeant Ken Hamilton of the St. Mary's University Police Department in San Antonio, Texas, was on his way home after a shift on campus. He was in his personal vehicle but still in uniform when he came upon a single-car accident. The vehicle was on its side and in flames.

Sergeant Hamilton stopped and met two bystanders, who told him there was someone inside the car. He immediately went to the vehicle and spoke to the female driver, who was unable to get out. The officer began striking the car windshield with his baton, but this only made a small cut. One of the bystanders retrieved a rock to break the window further. Then, Sergeant Hamilton was able to kick the remaining glass out of the way and enter the vehicle.

The officer cut the seatbelt away from the woman and pulled her out of the car through the windshield just as the vehicle experienced a second explosion and was fully engulfed in fire. Due to Sergeant Hamilton’s heroic actions, the woman was taken to a local hospital with non-life-threatening injuries. 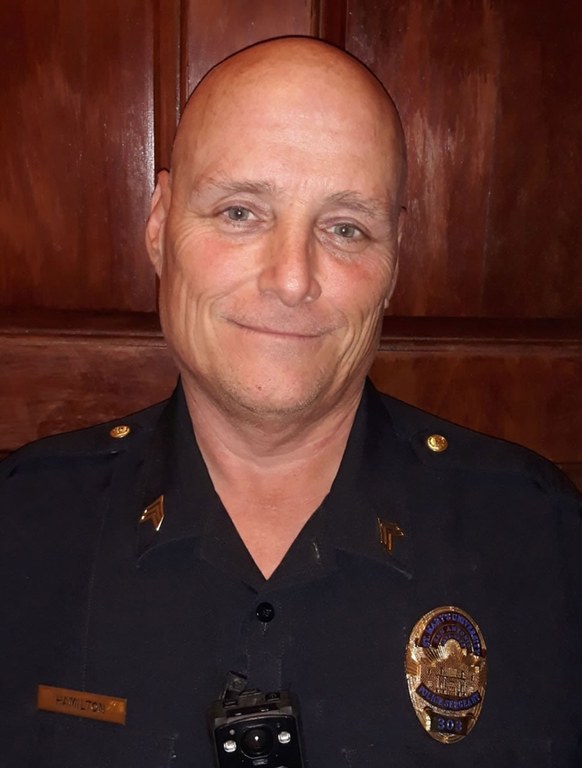