Special Agent John Garcia of the FBI’s Phoenix office, Flagstaff resident agency, was driving through “the middle of nowhere” when he came across a single-vehicle accident. As he drew closer, he saw two people laying on the ground and a civilian running in circles.

When Garcia pulled up to check on the situation, the civilian yelled that a woman was trapped under the car and had a compound fracture. Garcia parked his vehicle, brought along his tourniquet, and went for a closer look. By this time, two men, the civilian and one of the car’s occupants, were trying to lift the vehicle off the woman. Garcia got under the car and started pushing with them. Although they stabilized the vehicle on its side, it would not stay up.

Finally, using leverage, they got the car into a better position. Garcia noticed that the woman was screaming, crying, and bleeding profusely from a huge gash on her right thigh. He positioned his tourniquet above the wound and tightened it as much as possible.

As the woman cried in pain and struggled to remain conscious, Garcia and a second civilian, a former Marine, helped her stay awake. Garcia stayed with her and used one arm to leverage the car to keep it up. A third civilian stopped to help support the vehicle.

Given the remoteness of the area, it took approximately 30 minutes for emergency medical personnel to arrive. As he waited, Garcia was concerned that the woman suffered internal injuries and perhaps a second broken leg.

Days later, Garcia called the hospital to ask about the woman’s condition. Thankfully, she survived. 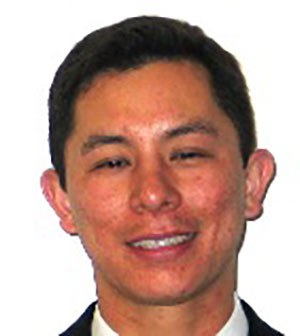