One afternoon, the Walton Hills, Ohio, Police Department received a 911 call pertaining to hikers trapped by flood waters near a local trail. Shortly thereafter, Chief Stan Jaworski, Officer Brianna Molnar, and Officer Tom Cercek arrived at the trailhead and met the callers—two married couples vacationing together in the area. The couples guided them along the falls and down the trail. Officers took with them their basic equipment, along with a rope.

Normally a few inches of slow water, the stream and falls had become a loud, deep-brown water torrent loaded with tree limbs and debris. Upon arrival on scene at a cliff, officers saw a woman with her two children, who had escaped. She motioned and yelled to them that a young girl—her niece—was trapped. The 8-year-old was barely visible, approximately 50 feet below, and trapped between the rising water and shale cliff. Her foothold was a narrow shale bank, and she understandably was terrified.

Chief Jaworski stayed on top of the cliff, directing radio traffic through dispatch and directing fire and rescue personnel. Officer Molnar crossed a nearby walking bridge to assist the woman and her two children on the opposite bank. Having the rope, Officer Cercek switchbacked his way down the cliff to where he was approximately 20 feet above the trapped girl. He held onto some small trees growing from the cliff side as he threw the rope down to the girl, instructing her to wrap it around herself and to knot it. The two male callers made their way down the cliff behind Officer Cercek. With help from these men, Officer Cercek pulled the young girl up the cliff to safety.

Subsequently, officers from the Cleveland Metroparks Police Department arrived, as well as fire and rescue personnel. Everyone involved walked back to the trailhead, where responding fire medics provided medical attention. 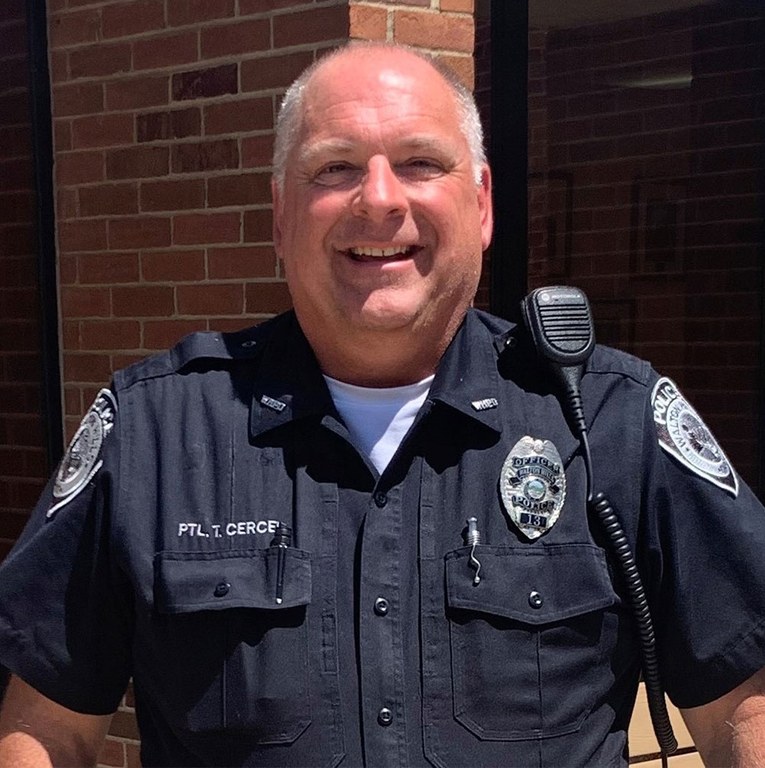