One evening, Sergeant Stephen Rhodes, a Louisiana Department of Wildlife and Fisheries enforcement agent, was on the beach issuing a citation when he saw a 20-foot boat capsize.

Sergeant Rhodes stopped what he was doing and started running back to his truck, parked approximately 1,000 yards away, to respond. On the way, the same individuals he had cited moments ago approached him in an ATV, offering to transport him to his vehicle and help him launch his patrol vessel.

Once on the water, the sergeant made his way to the capsized boat and noticed eight people atop the hull. As soon as he reached them, they exclaimed that a 7-year-old girl was missing in the water. Sergeant Rhodes helped the victims from the hull onto his patrol vessel, then flagged down someone in a nearby boat to help hold it in place while he searched for the young girl.

Jumping in the water and feeling under the capsized boat with his legs, the sergeant located the girl near the bow, dove under, and pulled her out. She had no pulse, was not breathing, and her eyes were open but vacant. Sergeant Rhodes placed the girl in his vessel, performed CPR, and revived her after one round of chest compressions and two breaths.

Sergeant Rhodes transported the victims to the marina, where EMS personnel waited. They stabilized the young girl and airlifted her to a hospital for further treatment. 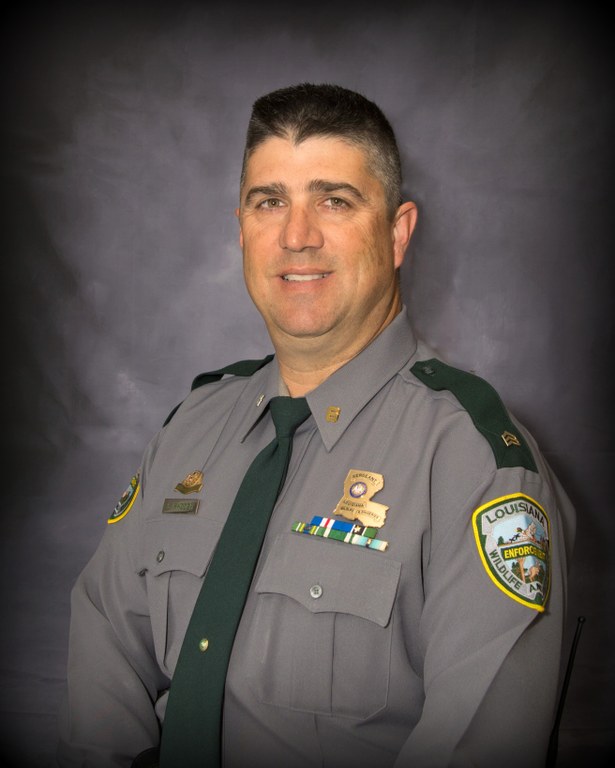