New Jersey State Police Trooper Robert Meyer was asleep after working a night shift. His neighbor, after seeing a marked car parked outside, woke him to seek help for her 2-week-old granddaughter, who was choking and in distress.

Without hesitation, Trooper Meyer responded to the neighbor’s home, four houses away. Upon his arrival, he observed that the baby was blue and struggling to breathe. Using a bulb syringe provided by the grandmother, the trooper cleared the infant’s nose and mouth, which immediately cleared her airway of mucus that obstructed her breathing.

Shortly thereafter, local police and emergency medical personnel arrived to assist. After treatment at an area hospital, the baby was released. 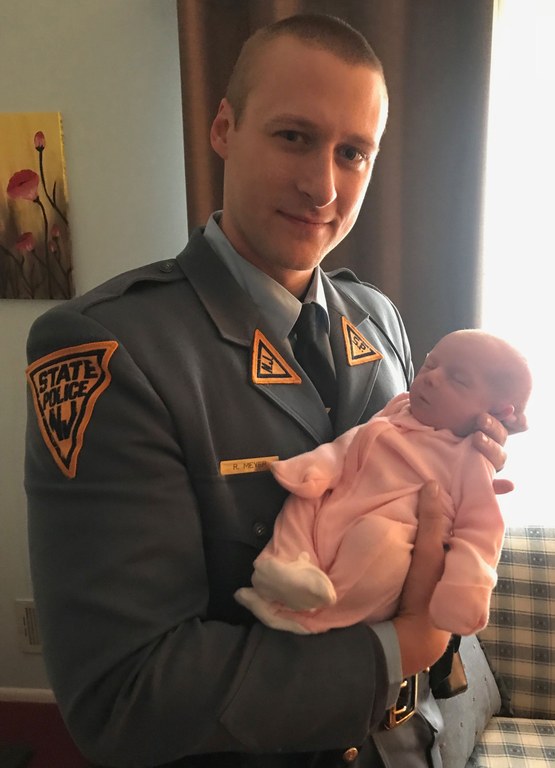