One evening after working an extended shift, Officer Terrance Reaves of the FBI Police was commuting from his Clarksburg, West Virginia, duty station to his residence in Morgantown. While traveling on an interstate in heavier-than-normal traffic, he observed a motorcycle accident that had just occurred in the left lane.

Without hesitation, Officer Reaves positioned his vehicle to block traffic, thus protecting the victim from being struck by oncoming motorists. Due to the seriousness of the accident and the potential for spinal injuries, he opted not to move the individual and instead began rendering emergency first aid on the interstate. Officer Reaves determined that the victim had a severed foot, resulting in significant blood loss.

Using his equipment and training, Officer Reaves applied his tourniquet to the individual’s upper leg, stemming the flow of blood. He directed other civilians to control traffic while he continued providing lifesaving aid to the victim. Assured the blood loss had stopped, he calmed the individual and remained with him until emergency medical services arrived.

The victim was transported by helicopter to a nearby trauma center. Emergency medical and law enforcement personnel who responded to the scene stated that had Officer Reaves not acted quickly to render aid and apply the tourniquet, the individual likely would have succumbed to his injuries due to blood loss. 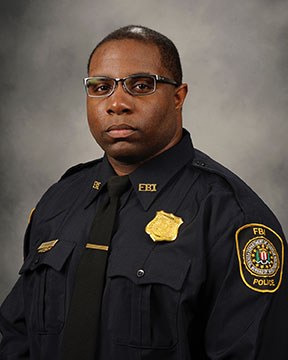