Officers Matthew Hayes, Maryhelen McCarthy, and John McCluskey of the Newtown, Connecticut, Police Department responded to a call regarding a 9-year-old boy who had gone missing. The boy, who suffered from autism and was unable to verbalize, reportedly had ventured into a heavily wooded area close to his home. Upon arriving at the residence, all three officers began searching for the boy, with Officers McCarthy and McCluskey focusing their efforts toward a nearby stream. Officer McCluskey proceeded down a dirt trail that was located next to a pond; as he moved closer, he sighted the missing boy in the pond with water up to his chest, struggling to get out but unable to do so. Officers McCluskey and McCarthy immediately ran to the other side of the pond, climbed under a fence, and entered the water, saving the child from possibly drowning. Fortunately, the boy was uninjured and was reunited with his parents shortly thereafter. 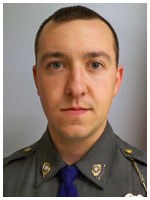 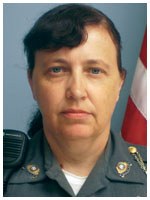 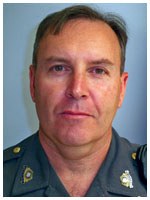 Officers of the Upper Sandusky, Ohio, Police Department responded to a call for three children who had fallen into a local river and could not be located. The officers found two of the children clinging to logs that were resting against a tree in the middle of the river; the third child had managed to make it to shore. The children were having difficulty holding onto the wet logs and were observed to slip back into the water on several occasions. Detective Tyler Howell, one of the officers at the scene, entered the river and swam over 30 feet against a very strong current in approximately 10 feet of water. Averting downed limbs and trees floating by, he reached the log jam the children were on and crawled along adjacent logs to reach them. He then secured the children in safety equipment, and they were pulled to shore by firemen, police officers, and lifeguards from the city pool.