Officer Edward Weissgerber of the Brookfield, Illinois, Police Department responded to check on the well-being of the stepbrother of a local apartment tenant. The subject was visiting his stepsister’s apartment to gather her belongings after her ex-boyfriend threatened to kill her two days before ending their relationship. As Officer Weissgerber arrived at the apartment, he made contact with the ex-boyfriend, who was standing inside the doorway near a large amount of blood on the floor. The ex-boyfriend attempted to shut the door, but the officer forced his way in and handcuffed the suspect. While doing so, he heard cries for help coming from a nearby bedroom. The stepbrother was found inside the bedroom closet, alive but stabbed seven times and hanging from a noose with his hands tied behind him. Officer Weissgerber cut the victim free and applied first aid measures while requesting medical assistance. The ex-boyfriend was subsequently charged with attempted murder and aggravated battery. 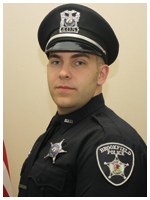 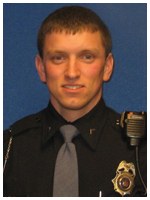 Trooper Craig Larson of the Wisconsin State Patrol arrived at the scene of a reported vehicle stuck in a snow-filled interstate median in northwestern Wisconsin. The occupants of the vehicle, two adults and three small children, were found uninjured and comfortably warm as they awaited a tow truck. Unknown to Trooper Larson, the compacted snow and a defective exhaust system caused carbon monoxide to permeate the vehicle’s passenger compartment. As the tow truck arrived, he again made contact with the car’s occupants, this time finding them unconscious and unresponsive. He and the tow truck driver removed the occupants from the car and began resuscitation. Trooper Larson performed CPR on all three children, ages 2, 3, and 4, simultaneously until they became responsive. Soon afterward, EMS arrived at the scene, and all occupants were taken to a local hospital where they were treated for carbon monoxide poisoning.

Nominations for Bulletin Notes should be based on either the rescue of one or more citizens or arrest(s) made at unusual risk to an officer’s safety. Submissions should include a short write-up (maximum of 250 words), a separate photograph of each nominee, and a letter from the department’s ranking officer endorsing the nomination. Submissions can be mailed to the Editor, FBI Law Enforcement Bulletin, FBI Academy, Quantico, VA 22135, or e-mailed to leb@ic.fbi.gov.