Troopers James Hearne and Ruben Benavidez of the New Jersey State Police were driving on a highway while on patrol one afternoon when they were waved down by the parents of a boy with special needs who was choking on food and not breathing. Trooper Hearne proceeded to perform the Heimlich maneuver on the 13-year-old boy, holding him up because he could not stand on his own. Trooper Benavidez—with just 2 weeks experience on patrol—handled traffic control, communicated with dispatch, and calmed down the frantic parents in their native Spanish. After several attempts to dislodge the food, Trooper Hearne cleared the obstruction from the boy’s airway. Following several minutes of observation, the boy was placed in his wheelchair, and no further medical attention was required. 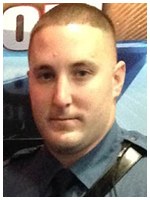 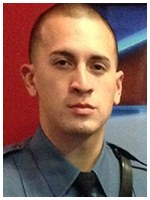