Corporal Michael Patterson, Deputy Casey Bruce, and Deputy Phillip Smith of the Lee County, Mississippi, Sheriff’s Department were dispatched to a local lake after calls were received concerning a male subject who had gone under the water and disappeared. The deputies arrived on the scene in six minutes as witnesses prepared to show them the last place the man was seen in the water. Removing their unnecessary gear, the deputies entered the lake and began looking for the victim, continually diving through water that was several feet above their heads. Seven minutes into the search, Deputy Bruce located the victim. The deputies brought the man to the bank of the lake, where medical personnel performed CPR and transported him to the hospital. Three days after the incident, after consulting with doctors, the victim’s family removed him from life support, and he passed away. 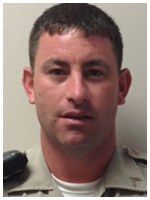 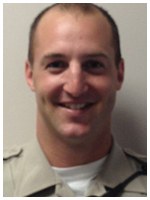 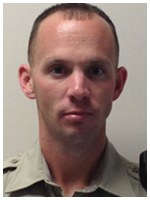