Chief Anthony M. Kuklinski of the Spring City, Pennsylvania, Police Department responded to the scene of a fire at a local apartment building. Upon arrival, Chief Kuklinski observed smoke billowing from the second floor of the structure and heard from an occupant who had escaped that an elderly woman and her son were still inside. The chief entered the smoke-filled building and forced his way into two apartments, finding them vacant. Despite the very poor visibility, he found the apartment where the two occupants resided and pounded on the door, attempting to kick it in when there was no response. Making his way into the apartment, Chief Kuklinski found both persons sleeping. He guided the male occupant out of the building, then reentered the apartment, wrapped the elderly woman in a blanket, and guided her through the dense smoke and down the staircase to safety. While the woman and her son were unharmed, Chief Kuklinski suffered smoke inhalation and was treated and released by a local hospital. 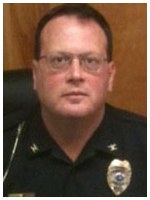 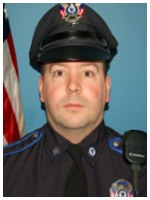 Patrolman Charles Turcotte of the Norton, Massachusetts, Police Department was the first responder to the scene of an early morning motor vehicle crash. As he approached the car, he noticed its engine compartment on fire and the driver, a disoriented female, unable to exit due to leg injuries from the crash. The damage to the vehicle was extensive, and its doors could not be opened. Risking his own safety, Patrolman Turcotte lifted the victim through the driver’s side window and carried her away to a safe location. The car became engulfed in flames shortly afterward. The woman was transported to a hospital in nearby Rhode Island where she spent several days recovering from the incident.