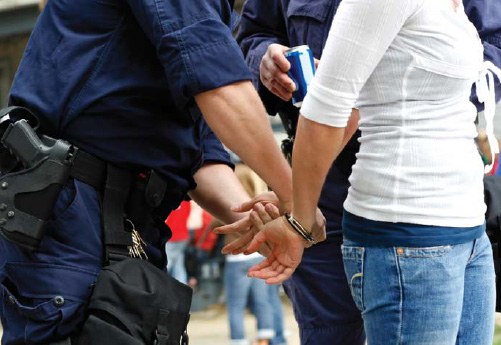 The Office of Juvenile Justice and Delinquency Prevention (OJJDP), Office of Justice Programs, U.S. Department of Justice, has released a fact sheet (NCJ 228414), available at the National Criminal Justice Reference Service’s Web site (http://www.ncjrs.gov), that examines rising trends in girls’ delinquency. In 1980, females represented 11 percent of juvenile arrests for violent offenses. By 2004, that proportion had grown to 30 percent. Although arrest numbers remained higher for boys than girls during that period, arrest rates for girls increased while those for boys decreased. This caused juvenile justice specialists to question why girls were becoming more involved in delinquency. Of particular interest was whether girls were becoming more violent or if other factors contributed to their higher arrest rates. However, because most studies had involved boys, juvenile justice researchers could not account for the increase in girls’ arrest rates.

To address this need and provide comprehensive information on female delinquency, OJJDP created its Girls Study Group in 2004. This team of multidisciplinary experts consisting of sociologists, psychologists, criminologists, gender studies experts, researchers, and practitioners with legal and girls’ program development experience came together to address some basic questions.

The Girls Study Group’s initial findings suggested that girls were not more violent than before and confirmed that they engaged in far less crime and delinquency than boys for nearly every offense. Also, the group observed that mandatory arrest policies and other changes in the juvenile justice system impacted higher arrest rates for girls.

Although a number of delinquency risk factors affect both boys and girls (e.g., family dynamics, school involvement, neighborhood environment, and the availability of community- based programs), others directly increase a girl’s risk of delinquency. These risks include early onset of puberty, sexual abuse or maltreatment, and depression and anxiety.

Of importance, researchers found that a number of protective factors exist to prevent girls from becoming juvenile offenders even when faced with risks. These protections include the involvement of a caring adult, school connectedness, school success, and religiosity.

OJJDP has published the findings of its Girls Study Group through a series of bulletins, available at OJJDP’s publications page (http://www.ojjdp. ncjrs.gov/publications/ index.html). These include “The Girls Study Group— Charting the Way to Delinquency Prevention for Girls”; “Violence by Teenage Girls: Trends and Context”; “Resilient Girls—Factors That Protect Against Delinquency”; “Suitability of Assessment Instruments for Delinquent Girls”; “Causes and Correlates of Girls’ Delinquency”; “Developmental Sequences of Girls’ Delinquent Behavior”; and “Girls’ Delinquency Programs: An Evidence-Based Review.”