The National Institute of Justice has produced Alternatives to Custodial Supervision: The Day Fine. Corrections populations in the United States have risen at alarming rates. From 1990 to 2007, probation populations rose 61 percent, with 4.3 million individuals on probation. Parole populations have increased 55 percent to a level of 824,000 persons. Incarceration sentences have expanded by even greater amounts—jail populations rose 93 percent (to 780,000), and prison populations increased 311 percent (to 2.3 million inmates) over the same interval. More than 7.2 million people are under correctional supervision today.

Releasing “low risk” offenders from confinement can provide only modest relief because they become parolees and remain under justice supervision. Additionally, sentencing rates continue to increase. Felony conviction rates for violent crimes grew from 23 percent to 31 percent between 1994 and 2004, and the volume of convictions overall rose 24 percent (to 1.08 million in 2004). The percentage of time served for violent felonies also has increased, from 46 percent to approximately 66 percent. 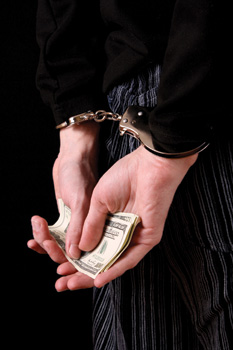 Policy makers now are facing growing populations in all parts of the corrections system with no trend reversals in sight and no alternative sentences capable of significantly reducing custodial populations. One resolution being examined is introducing and expanding fines as an alternative to sanctions requiring direct supervision either in the community or an institution. Specifically, day fines are monetary penalties imposed on an offender that take into consideration the subject’s financial means. They are an outgrowth of traditional fining systems, which were seen as disproportionately punishing offenders with modest means while imposing no more than slaps on the wrist for well-to-do offenders.

Day fines have numerous system applications. They can be used in lieu of prison, jail, and community supervision. When employed in conjunction with suspended sentences, day fines approach probation in terms of leverage against subsequent offending. Day fines also can be used in lieu of probation and parole revocations and combined with any custodial sanction. Judges can provide revocation options similar to those available for probation simply by combining day fines with suspended sentences. The difference is that no supervision costs are incurred, and offenders are not sent back to jail or prison for technical violations.