Enforcing the Laws of Wildlife and Recreation (Part One)

Enforcing the Laws of Wildlife and Recreation (Part One) 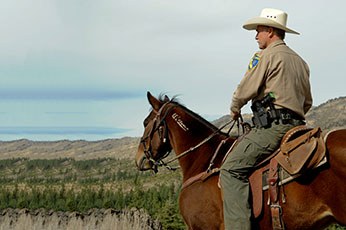 Americans love to hunt, fish, and spend time in nature. Each year, over 90 million U.S. residents age 16 years and older participate in such activities. About 33.1 million fish, 13.7 million hunt, and 71.8 million participate in at least one type of wildlife watching pursuit, such as observing, feeding, and photographing animals.1 These recreationists spend around $144.7 billion on their hobbies, which supports approximately 680,000 jobs connected with hunting and fishing.2

For centuries, the passion and costs for such outdoor recreation have resulted in a need to control the related crime and disorder and to protect nature’s resources. However, while policing literature abounds with information regarding federal, state, and local law enforcement agents, comparatively little writing exists about the role of modern-day wildlife and conservation officers.3 Perhaps researchers and the general public wrongly perceive that these special-purpose agencies deal with less serious offenses or matters unrelated to “real” crime and policing.

This gap in the literature is unfortunate for two reasons. One, these members of the criminal justice system perform a vital function. Two, more attention should focus on officers operating in rural areas because 48 percent of the nation’s policing occurs in environs where agencies employ fewer than 10 sworn personnel.4 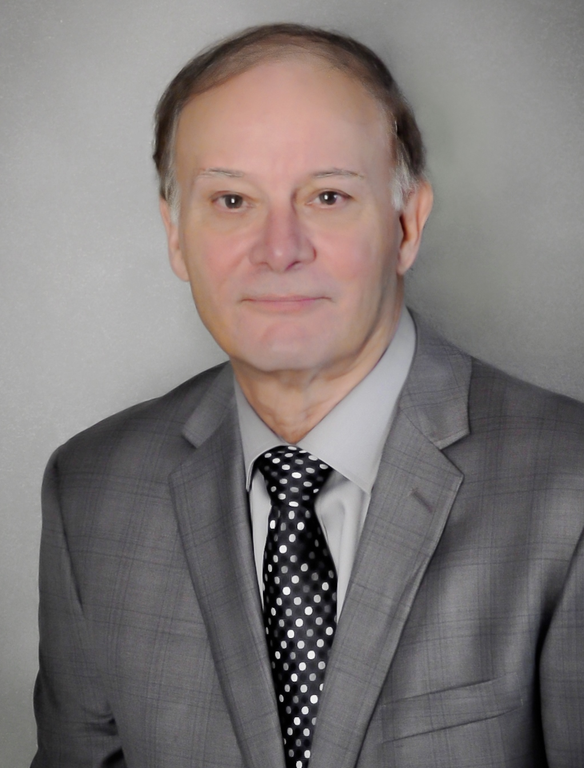 Dr. Peak is a professor emeritus in the Department of Criminal Justice at the University of Nevada, Reno.

This qualitative analysis will contribute to that literature and expand knowledge about the practices and challenges of conservation officers. Americans need to understand these personnel and their agencies because the increase in discretionary time over several decades has led to additional pressure on the management of wildlife and other natural resources.5 To fully explore this topic, the FBI Law Enforcement Bulletin presents this article in two parts. The first concentrates on legal authority, general duties, forensic examinations, field investigations, inherent dangers, and use of force by and against these personnel.

Although the legal authority of wildlife officers can vary somewhat among locales, a discernible pattern exists. Some states, like Illinois, give these personnel full power as state police or peace officers, allowing them to engage in any law enforcement activity.6 Other states, such as Missouri, grant less expansive authority, especially regarding arrests without a warrant for misdemeanors committed outside the presence of police personnel.7

Cross-deputization with other jurisdictions also commonly provides legal authority when necessary. For example, the Rhode Island Department of Environmental Management says, “Along with their responsibilities to enforce state environmental laws, officers are cross-deputized by such agencies as the [U.S. Fish and Wildlife Service], National Marine Fisheries Service, and U.S. Customs Service to assist in enforcing each agency’s laws within the state.”8

Regarding burden of proof, individuals who violate wildlife laws may receive citations because these constitute “strict liability” offenses. In these situations, the conservation ofﬁcer generally has to show that someone engaged in an act and does not need to prove the person’s intent. However, some ofﬁcers presumably exercise personal discretion and offer leniency to individuals who committed an offense due to an honest mistake or genuine ignorance of the law.9

Further, conservation officers may run radar at a state park; help a municipal, county, or state officer enforce criminal law; serve on a federal or state task force; or support a city or county search and rescue team.12

“Wildlife officers…constitute a necessary part of policing, acting in their traditional roles and also providing other law enforcement services.”

People may consider boating enforcement benign, with officers encountering people happily skiing and fishing without violating any statutes. However, recreational boaters can behave rudely, aggressively, and recklessly, perhaps after drinking.14

Hunting and fishing enforcement—seen by many people as the traditional roles of conservation officers—also comprise common activities. Officers often issue a higher number of citations for fishing violations (e.g., no license; above the catch limit; or improper methods, such as fireworks or, in some states, trotlines) because they contact anglers more frequently than hunters.15

Setting traps in states that forbid the practice constitutes a major means of poaching. Wildlife officers learn the unique habits of particular perpetrators to catch them in the act.17

Officers consider the trap’s placement on the ground and its location. They look for tire tracks, boot prints, and other identifying characteristics pertaining to where and how the violator set the trap. Some individuals make a distinct modification, such as welding on additional parts or moving the location of where the chain attaches, to attain better function or do less harm to animals.18

Trappers also employ their own visual attractors (e.g., tin foil, shiny object, or spinning device). Further, they may use a piece of laminate, an asphalt shingle, or something unique to cover the panel, or where the animal steps. What they attach the trap to—a rock or branch, for instance—also can be a signature. These individuals tend to use what has worked for them in the past.19

Wildlife officers face a unique challenge in one important area—report writing. Where state law makes the illegal taking of an animal a felony, the depth and breadth of report writing increases tremendously because courts may challenge such cases. These officers have an inherent need to educate prosecutors and judges about conservation laws and their enforcement. They often include attachments to their reports explaining officers’ authority in certain cases, the violations involved, and other considerations.20

Forensic examinations related to nature-related crimes can become much more complicated than, say, determining if someone harvested game out of season or obtained a piece of fur from an endangered animal. Wildlife forensics involves a variety of evidence.

Cases can center, for instance, on boots made from the hides of endangered sea turtles; shipments of elephant tusks, coral jewelry, or shark fins; trophy elk; oil-soaked birds; wild ginseng; or blood from a dog fighting pit. In instances of seafood fraud, evidence can consist of a vessel of frozen fish.21

In addition, examinations may focus on distinguishing if a piece of leather on a watchband came from a protected animal, like an elephant or a zebra.22 Obviously, wildlife forensic laboratories must apply numerous scientific techniques when inspecting nonhuman biological evidence.

Conservation officers have only one comprehensive forensic laboratory available to them in the United States. In fact, the U.S. Fish and Wildlife Service (USFWS) Forensics Laboratory in Ashland, Oregon, established in 1985, claims to be “the only lab in the world dedicated to crimes against wildlife.”23

It serves wildlife enforcement agencies in all 50 states. In a given year, the laboratory conducts more than 400 full-service investigations, examines as many as 3,000 items of evidence, and handles several hundred requests for the identification of animal parts or products in photos submitted by special agents to confirm probable cause for seizure.24 Among its objectives, the laboratory helps conservation officers determine violations of law, as well as identify and compare physical evidence to link suspect, victim, and crime scene.25

When performing field investigations, conservation officers work in both patrol and investigative capacities. They often do their own work in identifying bullets and performing necropsies to establish cause of death by using such indicators as pupil dilation, carcass temperature, response to electrical stimuli, and death odor. Officers also employ metal detectors to look for bullets after finding a poached animal.28

“Although the legal authority of wildlife officers can vary somewhat among locales, a discernible pattern exists.”

The work of wildlife officers differs from that of other police personnel because of its isolated nature, often dangerously far away from backup. During the course of their duties, they may, for instance, pursue hunters at night; face dangerous criminals; encounter agitated animals; and endure hardships involving weather, insects, and snakes.30

Because they face high levels of danger and isolation when performing their duties, conservation officers work in an environment “as dangerous as…the inner city.”31 In fact, 284 such personnel from 65 different agencies have been killed in the line of duty since 1886.32

While municipal and county police likely disarm anyone they find carrying a weapon, wildlife officers must respect lawful hunters’ right to possess loaded guns. Thus, if an encounter escalates to anger, altercation, or violence, weapons remain more available to adversaries. Officers must practice basic police survival techniques, such as using effective verbal skills and remaining cognizant of their body positioning.33

One researcher compared the dangers faced by wildlife agents with those of other police. Assaulted wardens were alone one-and-a-half times more often and three times more likely to face assault with a weapon. Wildlife officers encountered assaults with a firearm or cutting object seven times more frequently than other police and suffered injury from an assault more than twice as often. They confront individuals who are violent, armed, and perhaps under the influence of alcohol or other drugs.34

To illustrate the inherent danger of the occupation and to prepare persons wishing to work in this field, one agency issued a cautionary note: “Before pursuing this career path, candidates should consider both the attraction of working outdoors as well as the inherent dangers of the profession.”35 This blunt warning may make prospective and new wildlife officers more aware of the security risks, hence, reducing the fear of isolation and danger. Similarly, another agency noted that “Duties involve an element of personal danger due to the nature of law enforcement work.”36

One aspect of the job that may prove hazardous and should command officers’ close attention involves encountering marijuana grows. Cartels will stop at nothing to protect their crop—this may mean killing an officer who stumbles upon it.37 Wildlife officers generally do not look for grows, but they will assist state and local officers if requested.

Limited research exists regarding wildlife officers’ involvement in use of force situations. One study compared the force used by and against those in the Virginia Department of Game and Inland Fisheries with that of other sworn officers in the state.38

Wildlife officers are comparatively overlooked by police scholars. This is unfortunate because they constitute a necessary part of policing, acting in their traditional roles and also providing other law enforcement services. They perform dangerous functions in isolated environments.

This article aims to fill a void in the literature. Part two will continue the examination of these officers’ roles and will address factors affecting their discretionary authority, as well as technologies and legal loopholes employed by offenders.

“The work of wildlife officers differs from that of other police personnel because of its isolated nature, often dangerously far away from backup.”

Dr. Peak can be reached at peakk@unr.edu.